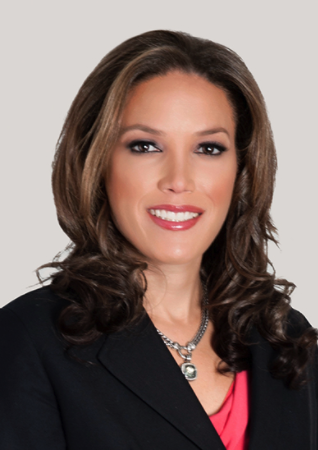 Jonice Gray Tucker is a partner with BuckleySandler LLP. Jonice represents corporate and individual clients in matters initiated by government regulators as well as in private civil litigation. She also conducts internal investigations on behalf of corporations and counsels clients on compliance with consumer protection laws.

Federal and state consumer protection laws, including the Equal Credit Opportunity Act, the Fair Housing Act, the Real Estate Settlement Procedures Act, the Truth in Lending Act, and the Fair Credit Reporting Act, among others.

Jonice focuses a substantial portion of her practice on representations involving government examinations, investigations, and enforcements actions. She has been representing financial institutions in matters involving the CFPB since it was first established, now having served as counsel in numerous examinations as well as in investigations and enforcement actions. Beyond her CFPB work, Jonice has represented institutions in matters initiated by the DOJ, HUD, FTC, FRB, FDIC, FHFA, and the OCC, as well as state Attorneys General.

Serving as lead defense counsel for a major bank in one of the CFPB’s first public enforcement actions;

Representing numerous banks and non-banks in CFPB examinations and investigations relating to business lines which include mortgage origination, mortgage servicing, credit cards, the sale of ancillary (“add-on”), and installment lending;

Providing compliance counseling to high-net worth and other niche lenders in connection with fair and responsible banking;

Representing a top US Bank in precedent-setting lawsuits brought by municipalities, under the FHA, in the wake of the foreclosure crisis;

Representing a top US bank in concurrent investigations and enforcement actions by the DOJ, the OCC, and the FRB related to allegations of discriminatory lending practices;

and enforcement actions brought by State Attorneys General; and

Jonice has published articles on a wide-variety of legal issues impacting financial institutions and is a frequent speaker on the industry, particularly on matters relating to the CFPB. She has been featured in Washingtonian magazine’s Top Lawyers issue in an article focusing on the path to partnership, the “Meet the Women Rainmakers” segment of Law Practice Today, and in Law360’s Rainmaker series. Jonice also has been named to the Super Lawyers list in the areas of banking, consumer law, and civil litigation defense.

Jonice is firmly committed to providing pro bono legal services to members of our community who cannot afford to pay for counsel. She has been recognized for her outstanding work in a pro bono capacity, including her work on a highly publicized habeas corpus case which led to the overturning of a wrongful criminal conviction, Conley v. United States (1st Cir.).

Jonice is active in the American Bar Association, where she is the Chair for the Retail Banking and Consumer Law Committee of the Banking Law Committee and Co-Vice-Chair for the Fair Access to Services of the Consumer Financial Services Committee. She serves on the Board of Trustees for the Washington Lawyers’ Committee for Civil Rights and Urban Affairs. She also serves on the Board of Directors of the Kolar Charitable Foundation and is a member of the Executive Committee for the Yale Law School Association.

Prior to joining BuckleySandler as a founding partner in 2009, Jonice practiced with the Litigation Group at Skadden Arps, where she specialized in Consumer Financial Services. Before entering private practice, she served as a law clerk to the Honorable Marvin J. Garbis of the U.S. District Court for the District of Maryland. Ms. Tucker received her J.D. from Yale Law School and her B.A. from the University of Virginia (Phi Beta Kappa).