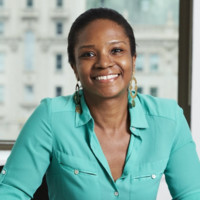 Aliya Sanders has never quite known what to do with her life. She’s tried everything, from playing the violin to working in research labs over the summer to running on the cross-country team. She believes that her uncertainty has driven her to try new things and to take risks no matter what the outcome may be. However, one thing that she has always been certain about is her responsibility to her community and her work.

In NYC, Aliya worked with the Central Park Conservancy for two years in high school. With the Conservancy, she helped preserve the quality of life of many of the plants and animals residing in the park, and she enjoyed toiling outdoors in nature, something she rarely has a chance to do while living in an apartment. During her second year with the Conservancy, Aliya’s interest was sparked in another area: tutoring. She decided to join the Children’s Aid Society after-school program to help a group of children with their homework, something that she had never done before. However, she came to enjoy tutoring so much that she eventually dedicated all of her time to it. While she enjoyed tutoring at the Children’s Aid Society, she realized that she preferred to do one-on-one tutoring, so she relocated to the Star Learning Center during her senior year.

Not only is Aliya involved in volunteer work, but she is also an active member of her school community. She is currently a president of both the Asian Appreciation Club and the Diversity Leadership Club, two organizations that aim to improve the diversity of Trinity HS both culturally and socially. In addition, she was also a member of the varsity cross country team, the indoor track team, and the track & field team, on which she has been a runner but is now currently a manager. Playing the violin for more than ten years, she is also the concertmaster of the Trinity Chamber Orchestra.

Although Aliya loves to be involved in activities outside of the classroom, she always makes sure to work hard at her academics, and her efforts have paid off. She is a member of the Albert G. Oliver Program, a National Achievement Finalist, a member of the Ventures Scholars Program, and has had her biography published in Who’s Who Among American High School Students. During the summer, she works in research labs around the country, including Temple University School of Medicine and the National Institutes of Health. Science is currently her greatest interest, and she wants to pursue it in college and earn an MD/PhD degree in an area of biology.

While Aliya believes that she had achieved quite a bit in her young years, she is still driven to accomplish even more. She attributes much of her success to her mother, who has always given her just the right amount of encouragement without pressuring her too much. Because of her mother, Aliya has learned the value of hard work purely for the sake of working hard and enjoying the learning experience, and she applies this to everything she attempts in life.