Supervisor, Capital Habeas Unit, Office of the Federal Public Defender for the District of Arizona 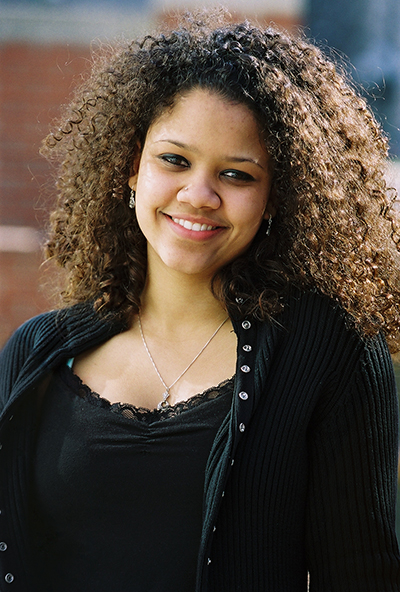 Amanda Bass has just been promoted, yet hopes that there will soon be no need for her job. As Supervisor in the Capital Habeas Unit at the Office of the Federal Public Defender for the District of Arizona, she advocates for death-sentenced people in their federal appeals, people whose humanity have been devoured by a corrupted criminal justice system. Primarily, Amanda’s goal is to challenge wrongful convictions and sentences; demonstrating how an individual’s constitutional rights have been compromised and whose imprisonment is therefore unlawful. Her work involves collaborating with a team to tell her clients’ stories, navigating around and through the procedural hurdles that complicate post-conviction capital punishment trials, and now as Supervisor, mentoring younger lawyers who are new to capital habeas litigation.

When Amanda, whose path into the field was not a straight line, is asked whether she could see herself in this work long-term, she responds, “Well, hopefully we will not be doing this for a while.” Like many, she envisions a future in which the barbaric practice of the death penalty is obsolete, but until then is focused on stepping in where lives are at stake because of racism in policing and punishing, and challenging the larger framework of our legal system which allow for the utmost violation of human rights.

Amanda has always been passionate in her pursuit of social justice, but while studying Mathematics and Black Studies at Amherst College was unsure about the direction of her career. She took a semester off in order to serve as a community organizer in Georgia during the Obama 2008 campaign. Working primarily on voter registration initiatives, Amanda was confronted by the ways that allegedly race-neutral voting laws disenfranchise poor and working-class people of color for whom access is limited to state ID’s, boards of elections, and other basic needs that would enable them to cast a ballot. This explicit discrimination against people in marginalized communities fueled Amanda’s desire to attend law school where her coursework in more specialized subjects such as critical race theory and international human rights law, combined with her experience as a law fellow with the Equal Justice Initiative, eventually led her to the capital habeas space. Here, she says, she found the compelling intersection between racial and economic justice, human rights and the procedural morass that is habeas in federal courts.

A capital defense requires scrupulous knowledge of legal restrictions that are often politically motivated. But in a successful argument, Amanda emphasizes that the greatest importance is being a master not just of the system in which you are operating, but of your record– that is, knowing a case and a client’s story in and out, being able to speak from a factual perspective, and to always speak the truth, even if it makes people feel uncomfortable. For a successful defense in or outside the courtroom, she says that one must advocate from a position of strength and that means having full mastery of your record.

Amanda’s wholehearted drive to interrupt the fatal disfunction of our justice system and humanize the victims of it, is apparent in the 2018 ABC docu-series produced by Viola Davis, “The Last Defense.” The series features Julius Jones who was convicted of first-degree murder and sentenced to death at 19-years old. Amanda served as the assistant federal public defender in Jones’ federal appeal and saw this documentary as a way to draw awareness not just to his case, but to the issues that plague the law and punitive procedures in the U.S., leading to wrongful convictions and deaths. Throughout the three-part series, Amanda helps to convey the circumstances of Jones’ case and argues for clemency. His, which received far more media attention than most, is emblematic but not isolated.

In Amanda’s new role, she enjoys spending more time as a mentor to less experienced capital habeas lawyers, helping them give voice to people facing injustice. This, just another way she has committed to leaving the ladder down since being named a Ron Brown Scholar in 2006. Looking back, Amanda thanks the Program for how it allowed her the freedom to consider what she truly wanted to pursue as a vocation without having to think about debt, encouraging that she take time off during college for meaningful work on the ground, and for the community that has been instrumental to her professional growth.

Now living in Phoenix, Arizona, when not in the office or court room, Amanda rejuvenates by stepping outside for a walk, or into her desert garden where Sonoran trees and cacti grow.