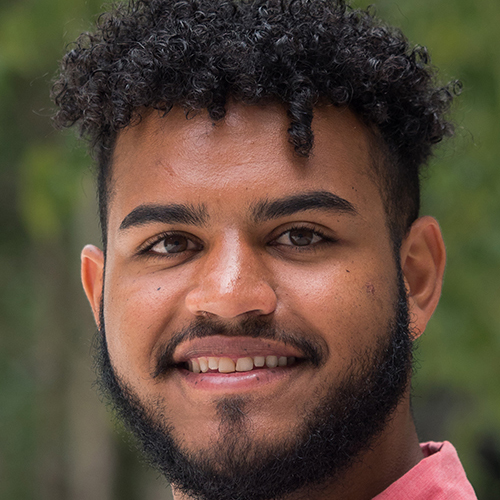 Ben Bennington has always wanted to be involved in different things. As a child, he spent summer days at poetry camps and technology programs, earned a black belt in martial arts, and played multiple sports. This desire to be involved has continued throughout his life, and he is now influential in many areas of his community, taking on leadership roles wherever and whenever possible.

A senior at Spotswood High School, Ben is the Senior Class Vice-President, National Honor Society Vice-President, Math Honor Society Officer, and a Captain on his football and track & field teams. Ben is an ambassador for Spotswood’s STARS Program, designed to prevent bullying across the school and bring students together. As the National Honor Society Vice-President, Ben’s senior year has consisted of an extensive fundraising effort to finance a Stop Hunger Now event at his high school; they have raised thousands of dollars this year in order to package meals for people in developing countries. Ben ranks second in his class and has received a Medallion each year, being recognized for academic excellence in the mathematics, science, english, and/or foreign languages departments.

As early as the first grade, Ben was interested in science and mathematics, helping his older sister with her homework. His interest in these subjects continued throughout his academic career, and Ben began attending the environmental science-based Massanutten Regional Governor’s School for half of his school day during his 11th grade year. This school offered unique resources and experiences unavailable at Ben’s home school and has allowed him time to work with a professor from James Madison University on two different chemical engineering projects over his junior and senior years. Through these projects and his experience at the Governor’s School, Ben has developed interests in chemistry, sustainable energy, and environmental protection, and he will study a combination of these subjects as an undergraduate.

Ben has also excelled athletically in multiple sports. For his senior season of football, he was named a first-team district and conference player in two positions, a second-team region player in two positions, and a Daily News Record All-Area player as a center. For his senior season of indoor track & field, he was the district & conference champion, he received all-region honors, and he finished second in the state for his classification in the shot put. Each season, Ben received the Scholar-Athlete Award and was a captain of his team, helping his peers and younger student-athletes develop.

In the summer of 2015, Ben attended √MathROOTS, a 12-day summer program hosted by MIT-PRIMES for promising high school students from underrepresented backgrounds or underserved communities who are interested in exploring creative topics in mathematics. After applying, Ben was accepted into MIT and plans to spend the next four years at the prestigious institute in Cambridge, Massachusetts studying chemical engineering.