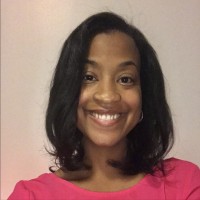 Brittany Nicole Coleman is a talented young woman with an insatiable drive for excellence and a bubbly sense of humor. Although her early life was riddled with hardship in the form of homeless shelters, a drug addicted mother and an absentee father; she nevertheless, has attempted to live a life not defined by her situation in low class but rather one enhanced because of it.

Born two months premature, and four pounds too light, it seemed from the beginning that Brittany was destined to struggle. After spending her early life with her grandmother, Brittany went to live with her mother and three brothers. During this time, her mother was heavily into drugs and moved her family around from house to house, and sometimes, shelter to shelter for the better part of ten years. Then, Brittany and her mother finally entered M.A.S.H. (Mobile Assistance & Shelter for the Homeless) Village in 2001, where her mother was able to get the assistance she needed to quit drugs, and Brittany learned that school was more than a place to meet friends and enjoy recess, but rather a place for self- expression and growth.

Since then, Brittany has been on a track of academic rigor, striving always to be better today, than the day before. During her high school career, she has worked hard in school for four years to prove herself intellectually while at the same time, maintained healthy extracurricular involvement. She has involved herself in a number of clubs, including the National Honor Society, R.E.S.P.E.C.T Club (Respecting Every Student’s Pride, Ethnicity, and Culture Today) and others. During her junior year, after noticing that many students in her high school were ignorant of the college selection process, and understanding that a great influencer of teenage students are their peers, Brittany founded the College Prep Club which works to enlighten students about the college process and provide vital information about college preparation.

In 2008, Brittany made one of the best decisions of her life when she started interning for Barack Obama’s Campaign for Change. On this campaign, she came face to face with society’s most pressing issues. Not only was she able to exercise her leadership abilities and put her Spanish skills to the test, she was able to get in touch with her community like never before. In addition to the national impact on American lives the campaign promised, for Brittany the campaign became an opportunity to affect change on a grassroots level with the people in her own community; a mission she hopes to continue in the future.

Brittany recognizes the tremendous part that God has played in her life and is grateful that He has blessed her, her family and especially her mother with the ability to persevere in the face of extreme opposition. She knows that without the help of her teachers, mentors, friends, and family over the years, she would not be the person she is today and is sincerely grateful for their love and support.