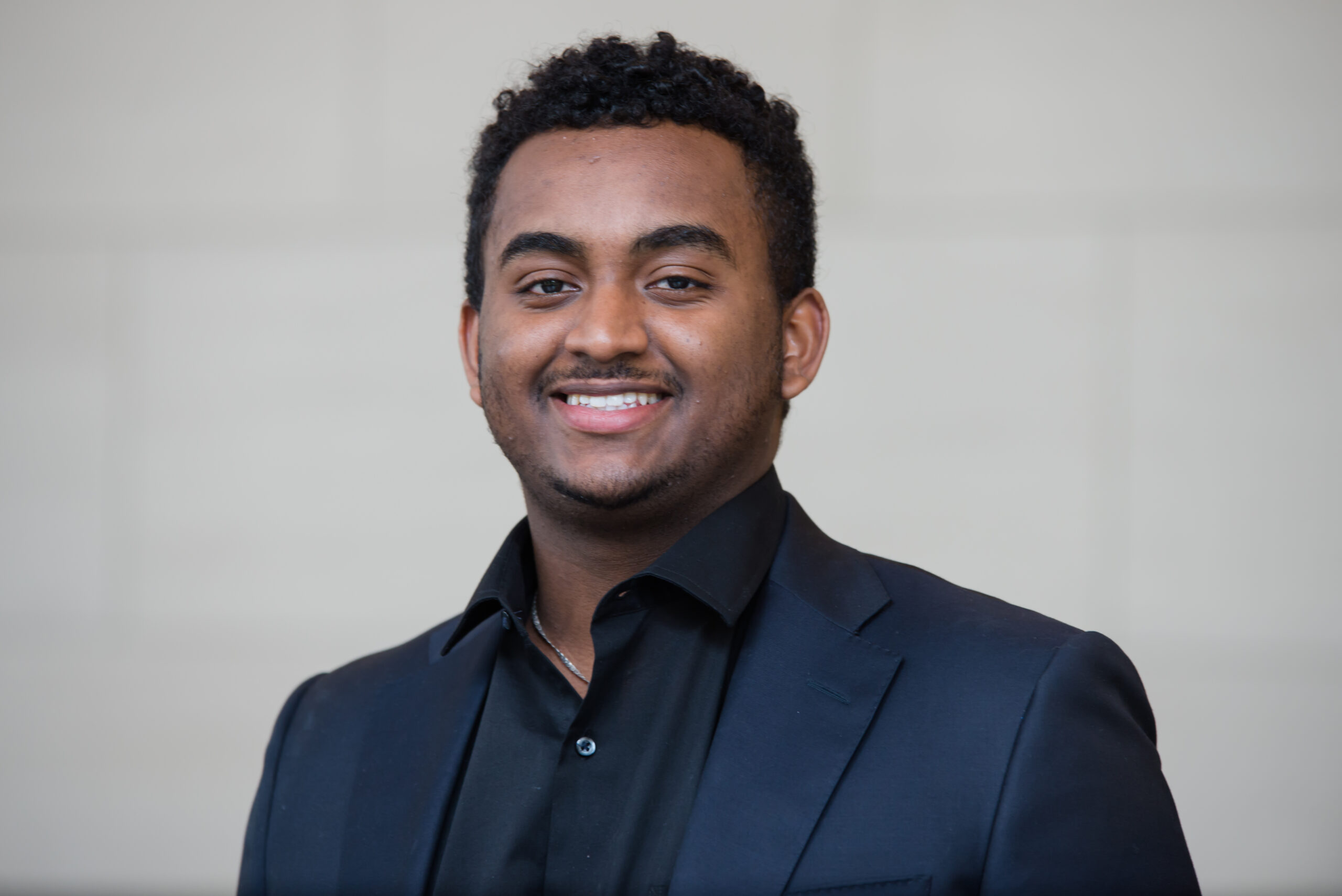 Bruke Kifle, born in Ethiopia, often heard stories of the American Dream. Despite having parents who sought to promote their children’s potentials, an education and upbringing in the USA was simply a dream. However, that dream soon became a reality when Bruke and his family won the Diversity Visa lottery in the spring of 2001.

Transitioning to America at the age of five, Bruke was determined to achieve something great. Whether making frequent visits to the local library with his older sister in hopes of learning the new language, or optimizing his role as the handyman of the house, Bruke’s childhood was characterized by a passion for knowledge. However, with parents who had sacrificed their professions and comfortable lifestyles in order to ensure a brighter future for their children, the knowledge that he gained from books paled in comparison to the humility and optimism that he adopted from his parents.

At a young age, the support of his family and his firm faith in God enabled Bruke to develop a strong foundation through a dedication to his studies. Throughout his four years of high school, Bruke, in the top of his class, maintained a 4.40 GPA as an International Baccalaureate Diploma Recipient and was named an outstanding participant in the National Achievement Scholarship Program. In addition to his achievements in school, Bruke’s role as the handyman of the house and his interests in math and science served as the foundation for his academic achievements and involvements outside of school. From designing a mock mission to Mars under the guidance of NASA astronauts and engineers as a Virginia Aerospace Science and Technology Scholar, to undertaking Carnegie Mellon University’s challenging six-week-long Summer Academy for Math and Science, both on merit-based scholarships, Bruke demonstrated his drive, ambition and passion for learning, earning him acceptances to numerous acclaimed universities.

Bruke went on to attend MIT to pursue his passion for science and technology. While at MIT, Bruke explored a range of academic and professional experiences. His early realization of the importance of combining technical aptitude with business acumen to achieve his passion for delivering impactful solutions to some of the world’s toughest problems led him to pursue a double major in Computer Science and Business Management.

Throughout his time as an undergraduate, Bruke expanded existing and developed new academic, research and professional interests. During his time as a researcher with the Human Dynamics Group at the MIT Media Lab, Bruke helped develop methods for achieving fairness in algorithmic decision-making in the allocation of social programs. Through this experience, Bruke furthered his passion for developing technology with applications to social good, and developed a keen interest in the ethics and governance of algorithms and AI. Outside the classroom and lab, Bruke served as a co-founder of the Minority Business Association – an MIT student organization seeking to address the lack of minority engagement in business fields. Bruke also served as a student founder of the annual OneWorld@MIT – MIT’s first campus-wide multicultural celebration. Through his role as the chair for the Undergraduate Association’s Committee for Community and Diversity, and role as a student advisor to the Dean of Student Life and Dean of Engineering, Bruke shaped short and long-term institute-wide strategy. His real world experiences as a systems engineer at ClearMotion – an early stage startup – and software engineer and product manager at Microsoft helped craft his technical knowledge and business acumen. Bruke was also able to fulfill his deep desire for social impact through international experiences conducting research and lecturing in France, South Africa and Ethiopia.

Bruke completed his undergraduate studies in 2019 as the recipient of two institute awards – the 2019 Mens et Manus Award and the 2019 Albert G. Hill Prize – for academic achievement and for significant contributions to and lasting impacts on the MIT community. Bruke was also the recipient of the EECS department’s Seth J. Teller Award for Excellence, Inclusion and Diversity, awarded to members of the MIT community who embody those three values through work and research and serve as mentors and undertake activities improving diversity and inclusion.

Bruke is excited to be continuing his studies in Computer Science at MIT and furthering his academic and research interests. Though Bruke has taken many steps towards his dreams, he is curious to discover where his next effort will take him. As he prepares to begin the next chapter of his life, Bruke continues to reflect on his past and think of ways and means he can better himself for the future. The support of his family and instructors has allowed him to make early achievements. Bruke is certain that through their continued support and that of his family and friends in the Ron Brown Scholar Program, his future is bright.