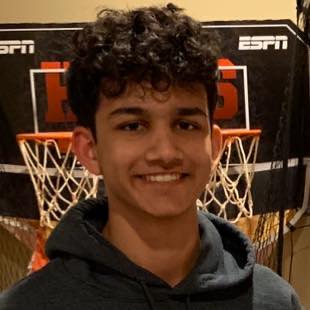 Christian Tingle grew up in Louisville, Kentucky, where he currently attends duPont Manual High School. He was raised by his mother, Cassie–when he was eight years old, his stepfather, Joseph, adopted him and helped his mother raise him. Throughout Christian’s childhood, his mother and adoptive father indirectly instilled in him the power of hard work and resilience. Watching his father work two jobs to financially support his family and his mother struggle to provide a comfortable existence for him and his two siblings, Christian absorbed the tireless work ethic and endless willpower of his parents.

In high school, Christian quickly developed into a role model in his community. A leader both in and out of the classroom, Christian’s relaxed demeanor and witty humor are infectious. His relentless curiosity is demonstrated by his wide range of hobbies–when he’s not doing homework or engaging in his many extracurriculars, Christian is trying to interpret why Phil Ivey played a poker hand a certain way, or he’s watching Casablanca for the 56th time.

Christian’s extracurriculars have given him agency to effect change in his community. He serves as President of his school’s Financial Investments and Economics club, where he has the opportunity to teach peers how to invest. He also currently leads his nonprofit, Reading Garden, through which he has donated hundreds of new books to underprivileged children. His proudest accomplishment with his nonprofit is establishing a Books on the Bus program at a downtown elementary school populated predominantly by underserved minority children. As a result of his work with this nonprofit, his editorial was published in a local newspaper and he appeared in a television interview.

Christian is involved in another nonprofit, One Backyard at a Time. He goes to an elementary school (located in a food desert in Louisville) once a week with a committed team. Christian educates these at-risk children on the importance of eating healthy, and he helps the students maintain a community garden.

In addition to these extracurriculars, Christian regularly babysits his two younger siblings, Josie and Colter. His experience babysitting them is what set him on the path to serve elementary school students through Reading Garden and One Backyard at a Time. He has grown to thrive on the noticeable effect his mentorship and support has on young and developing children, and he hopes to continue impacting youth in such a way.

Christian plans to get a Bachelor of Science in Economics at the University of Pennsylvania. This major will open up endless opportunities for whatever career he decides to pursue, and it will enable him to continue shattering glass ceilings for minorities. Regardless of his professional plans, Christian hopes to continue representing minority groups and to lift up underprivileged minority students through consistent community service work. With the support of the Ron Brown Scholars program, he believes he can continue to impact and serve in a uniquely powerful way.