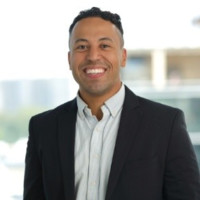 One soul began to brighten the lives of many on March 15, 1990, in Worms, Germany. As the son of a German woman and African-American man, Christopher Maurice Lyle was born into a culturally diverse background. Learning two languages, Chris displayed confidence, enthusiasm, and a love for learning as he embarked on a pathway of success.

Throughout Chris’s entire life he believed that his foundation was found within his home. As his father constantly faced the struggles of military life, Chris realized that he would have to become the “man of the house.” He found comfort from the pressures at home with his school and teachers. Registered in Spanish, German, and gifted classes throughout elementary school, his parent’s value of education, was now becoming his own. However, the military would rob him of establishing a “comfort zone” due to various re-locations. In 2002, Chris was forced to move to Mississippi, a state with the highest rates in obesity, dropouts, unemployment, and poverty. Instead of succumbing to these statistics, Lyle decided to aspire towards excellence and to affect change in his new home. After acclimating himself, Chris began to develop a dedication to leadership, a strong desire for success, and a genuine passion for altruism. However, he once again faced hardships as he endured the untimely deaths of both of his grandfathers. Burdened with deaths, racial stereotyping, and a lack of opportunity, he often found it hard to carry his adversities and schoolbooks at the same time.

But on August 29, 2005, Hurricane Katrina would prove to be the biggest challenge that he had ever faced. Hurricane Katrina swept through New Orleans and the Gulf Coast decimating homes, including Chris’s, and taking with it the life he knew. Six feet of water plunged throughout his home, turning all his possessions and valuables into debris. Recovering from Hurricane Katrina became more than an obligation, it became his life. Courage and determination guided him through this struggle as he excelled academically, comforted his family, and maintained his commitment to rebuilding his home.

With an ever present smile, Chris has made a genuine impact on Ocean Springs, Mississippi – a community that’s only 7% African American. He is the first African-American senior class president in Ocean Springs High School’s history and the highest ranked African-American in his senior class, with a 5.01 GPA. He has demonstrated his ability to assimilate into diverse leadership roles as president of the Spanish Club, vice-president of Mu Alpha Theta (Math Honor Society), parliamentarian of National Honor Society, and counselor at the YMCA. He is the only student from the state of Mississippi chosen to participate in the prestigious LEAD Summer Business Institute at the Wharton School of Business at the University of Pennsylvania. Chris’s achievements testify to his strong desire to making a difference in the lives of those around him. He is thankful for his friends, family, and community.

Today, his foundation is no longer found in his home or in his possessions, but in his embodiment as a leader. This is a result of the adversity he has faced, he thinks, and the determination that he expresses in every aspect of his life. As Chris perseveres, he will continue to try and personify the words of Booker T. Washington, “Excellence is to do a common thing in an uncommon way.”