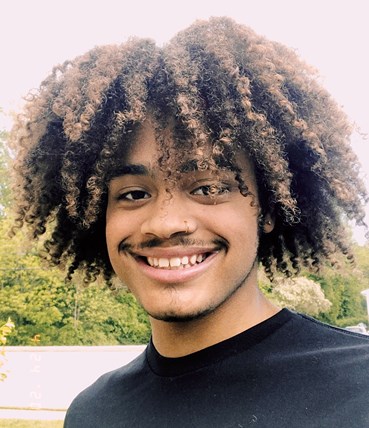 Growing up in Lawrenceville, Georgia, David Palmer enjoyed a simple, early childhood; however, as he grew older, the protection his parents offered him from the cruel world began to wear away. Living in an apartment with his dyslexic mother and diabetic grandmother, David realized that he would have to take on challenging responsibilities at a young age, such as interpreting important government documents and giving his grandmother insulin shots when his mother worked late shifts. After acknowledging what seemed like insurmountable struggles within his household, David decided that he would set out on a journey to give his family a better life than they were granted, one that they worked tirelessly to provide for him.

During routine check-ups, David began to realize his passion for healthcare. From the unscented disinfectant aroma to the cold implements that touched his skin, David knew he needed to learn more, starting by reading anatomy books and observing the injuries his classmates sustained on the playground. Now in high school, David is in the healthcare pathway, a series of courses designed to prepare him for the field. He also works with the Philadelphia College of Osteopathic Medicine, soaking in knowledge from its medical students like a sponge, as well as HOSA, a healthcare organization with like-minded individuals.

David’s family emphasizes giving back in any way possible, so he reflects this core value through various means. First, David wanted to give back to the youth in the community he grew up in, so he is a Peer Leader at the elementary and middle schools he attended. As a Peer Leader, David cultivates the minds of his mentees by tutoring and offering problem-solving strategies, so they are prepared to take on the next steps of their life mentally and emotionally. Then, he wanted to bridge the gap between his school and his city, which he does as the President of Beta Club, where community service events and appreciation for school faculty reign supreme. Lastly, he wanted to make sure the voices of underrepresented groups in his school were heard. As Parliamentarian of his school’s Student Council, David ensures this through advising the school’s bulletin board and council elections.

David’s resilience has earned him numerous accolades, including an invitation to the National Honor Society, Georgia Certificate of Merit, AP Scholar with Honor, QuestBridge Match Scholar, and the opportunity to represent his class as one of the first African American valedictorians in the school’s sixty-two-year history. David will continue striving for excellence in his post-secondary education. At Rice University, David plans to major in Sociology with a minor in Global Health, later planning to hold a career as an epidemiologist. David longs to travel the world, conducting research in third-world countries to find resolutions to various diseases and chains of infection. Simultaneously, he wishes to advocate for equal access to free healthcare, among other progressive ideals. With the support of the Ron Brown Scholars community, David knows he will make significant changes in current populations and their posterity.