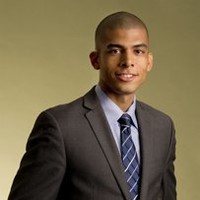 David Williams has garnered the respect and admiration of teachers and classmates. Led by a fierce intellectual curiosity and an intense desire to make the most of his abilities, he has had tremendous academic success and become a leader both in and outside the classroom. After the completion of his junior year at Cranbrook Kingswood Upper School (MI), David received the prestigious Shin/Welch Award for having made “a major impact on the quality of life in the school as a whole.”

Always eager to learn new things, David has been a diligent student. He received the History Award his sophomore year and had success with the Model UN program. Dedication to hard work and a rigorous course load paid off for David as he began to receive recognition in his senior year for his academic success. He received the AP Scholar with Honor Award and was named a National Merit and National Achievement Scholar. Along with receiving the Shin/Welch Award, David was named the single Cranbrook nominee for the prestigious John Motley Morehead Scholarship, which he was awarded.

Although dedicated to his academic pursuits, David takes more pride in the role he plays in his school’s community. A member of the student council throughout high school, David was elected as class president his senior year. He also became the vice-president of Cranbrook’s African American Awareness Association, helping educate the community while unifying the school’s black population. David was chosen to participate in the Generation of Promise Program and to attend the NAIS Student Diversity and Leadership Conference. The Cranbrook faculty has also entrusted him with a position on the Conduct Review Board. David has become a leading presence on Cranbrook’s campus.

David takes athletics as well as academics very seriously. After being named Captain and Most Valuable Player of the Cranbrook varsity soccer team during his senior season, David received All-State accolades. He is also a member of the Olympic Development Program and recently returned from a tournament in Brazil with the Midwest Regional team. David has been able to apply the lessons of sportsmanship, camaraderie, and competition that he has learned on the soccer field to his daily life.

After spending the past summer mentoring three children from Togo at a center for refugees and asylum seekers in Detroit, David’s career goals have become ever more clear. He plans to pursue a life of public service. He hopes to one day have the ability to influence public policy and spread the ideals of justice and equality throughout the country and internationally. Realizing the blessings he has received in his life, David feels it is his duty to use his voice to speak for and represent those less fortunate.

David Williams joined Klein Hornig in 2012 after graduating from Harvard Law School.  A former summer associate with Klein Hornig’s Boston office, David works with both nationally-based and local private and nonprofit developers, as well as housing authorities and investors on a range of affordable housing and real estate issues.  He also works with nonprofit organizations that specialize in community development, homelessness prevention, foreclosure and housing-related issues.

David became involved in the affordable housing community while at Harvard Law, where he served as president of the Harvard Legal Aid Bureau and represented low-income clients in eviction proceedings and at state administrative hearings.  David served on the board of directors of Project No One Leaves, a local foreclosure prevention task force, and chaired and organized Community Responses to the Foreclosure Crisis, a conference that attracted students, lawyers, community organizers, public policy experts and public officials from across the country.  He also worked with the Harvard Defenders as a student advocate, and interned with the South African National Prosecuting Authority’s Asset Forfeiture Unit in Cape Town, South Africa.

Prior to law school, David was a management consultant with Booz Allen Hamilton in Washington, DC, working primarily in the nonprofit and government sectors.