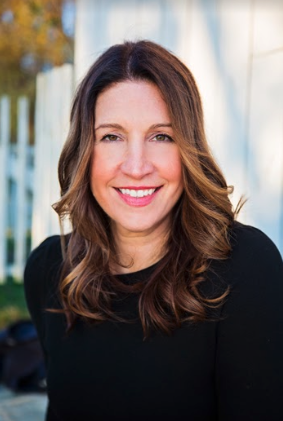 Eileen Cassidy Rivera is an accomplished strategic communications and marketing professional with more than 30 years of experience in business, technology, government, education, non-profits, media, and politics. Eileen has experience at every level of government. In 1993-2001, she served in the Clinton Administration where she led international trade and export promotion programs at the Department of Commerce and the Small Business Administration. During the final year of the Clinton Administration, she was Director of Press and Public Affairs and spokesperson for the Peace Corps.

In 2002, she was named by former Virginia Governor (now U.S. Senator) Mark Warner to serve on the Virginia Business Education Partnership. In 2006, Eileen was elected to the School Board of Alexandria City Public Schools and served until 2009.  At the end of her term, Eileen was named Education Advocate of the Year by Tenants and Workers United.

At present, Eileen is Vice President of Communications and Public Relations at MAXIMUS Corporation.  Prior to this role, Eileen was Director of Industry Positioning at Cerner Corporation where she led marketing, branding and communications for the Federal government business. Former roles include Vice President of Marketing at healthcare technology companies – Talix, Ciox and Harris Healthcare Solutions. In 2013, she founded her own firm, Cassidy Rivera Communications where she advised government contracting companies on new trends in branding, digital marketing and strategic communication.

From 2005-11, Eileen was Vice President of Communications and Investor Relations at Vangent, a leading provider of information management and strategic business process solutions, which was sold to General Dynamics in 2011. During her tenure, Eileen led the creative development of digital marketing, branding, public relations and advertising as well as internal communications programs reaching more than 7,000 employees in the U.S., Europe, Canada and Latin America. Prior to her leadership roles at Vangent, Eileen served
as Director of Public Relations at EDS Federal (now HP Enterprise Services) where she led the company’s public affairs and strategic communications programs.

She cut her teeth in public relations at Hill & Knowlton where she worked in the international division and was mentored by some of the best PR professionals in the business including the legendary Frank Mankiewicz.  While at H&K, Eileen won the coveted Fabian Award for Excellence in International Public Affairs for her exceptional mastery of media relations, media training and crisis communications.

Eileen is a two-time graduate of American University where she earned a MBA from the Kogod School of Business and a BA from the School of International Studies. She received an Executive Education Certificate from Harvard University’s Kennedy School of Government.  During her junior year abroad, she studied at the Universidad Nacional Autónoma de México in Mexico City, Mexico.

Active in her community, Eileen serves on a variety of boards and organizations and is proud to serve on the Advisory Board of the Ron Brown Scholar Program. She is bilingual in Spanish and has traveled to more than 25 countries around the world. She lives in Alexandria with her husband, Andrew, and their three fabulous children.