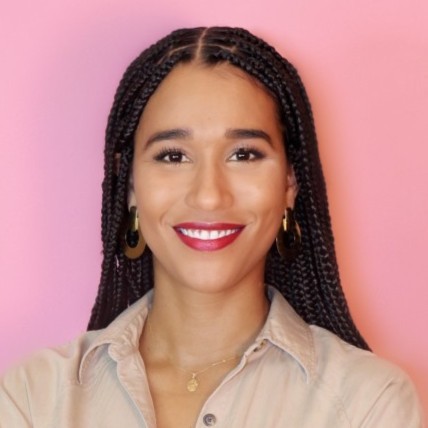 Fatima Busaat Loeliger was born on October 21, 1989 to her jubilant East African mother Sadiya Alilire in Salinas, California. Fatima’s mother knew that Fatima was born to shake the world: she’d been born in wake of an earthquake.

Fatima came to Davis in the 9th grade and has since begun to position herself to aid the world in which she lives. Five years ago, she co-founded the Courageous Kids Network, a non-profit advocacy group that fights for minor’s rights in the family court system. A victim of paternal abuse herself, she has used that hardship as a catalyst for her work. With the Courageous Kids Network, Fatima has traveled around the country giving lectures about the vices facing minors in the court system, lobbied for stricter penalties for domestic abusers and laws that promote greater minor autonomy in her home state of California, and even made a nationally-aired PBS documentary in October of 2005 called Breaking the Silence: Children’s Stories. Besides her national campaign, Fatima has also dedicated hours of free counseling services to abused children to help them deal with their issues and re-integrate back into normalcy.

Dedication to the voiceless and underrepresented is a true passion for Fatima. Wanting to uplift the African community in her predominantly white town, Fatima is a Senior Research Scholar in a community organization called Catalysts for Social Justice. Catalysts for Social Justice gather and collect data conduct surveys regarding racial disparities in education. By presenting her data to both the community and universities and centers of higher education research, Fatima and her group have been able to change many policies and break down some of the racist infrastructure that faces many Blacks students today.

Her social agenda full as it is, Fatima has made the most of her high school experience. Earning excellent grades, she is also a star athlete playing soccer for both her school and a club team. She was VP and current president of the Black Student Union at her high school, recently organizing a community applauded Black History Month Assembly. She is a National Forensic League Lifetime Member and the secretary of the Debate team.

In what free time is available, Fatima volunteers at the Emergency Room at the local hospital and coaches her brother’s soccer team. She has earned many awards including NCTE nominee, Student of the Month, Who’s Who Among American High School Students, AP Scholar, and Outstanding Participant by the National Merit Scholarship Program.

During her summers, Fatima has participated in COSMOS program at UC Davis in the Biomedical Cluster, The National Youth Leadership Forum on Medicine at UCLA, Black Youth Leadership Day at the state capitol where she received highest honors as mock assemblywoman, and taken classes at the community college to better prepare her for college.

Fatima received her bachelors in Molecular Biology at Harvard University.