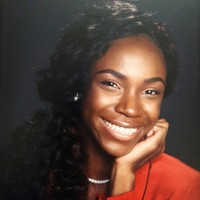 Though born in London, Halle Clottey and her older twin sisters were raised in the south suburbs of Chicago for most of their lives. This cultural shock forced Halle into isolation as she immersed herself in literature and mathematics.

Ever since her birth, Halle was taught the significance of a cultivated mind. Living in an all female household, she observed the hardships her mother—Tosha Smith—had endured as a single parent. Tosha’s dear friend, and Halle’s loving aunt Karen, took them in after they moved to America; ever since, Karen has helped support them financially, emotionally, and academically. Even though this family encountered many trials and tribulations due to their socioeconomic status, Tosha and Karen impelled the Clottey sisters to utilize their education to ameliorate themselves and foster change within their community. This encouragement uplifted Halle and urged her to enhance her knowledge so that she could one day battle the inequities underrepresented minorities and low-income families faced.

It wasn’t until Halle started high school that she began to employ her voice. Beforehand, she struggled to accept her identity as an African-American female due to the microaggressions and other forms of discrimination she experienced. However, after engrossing herself in the works of Alice Walker and Ta-Nehisi Coates, Halle turned to poetry and other platforms of writing to express her emotions and erratic thoughts. In the midst of writing in verse, Halle joined Eisenhower High School’s Speech team; being a part of this loving community accelerated her ability to communicate with, and understand, the individuals around her.

Along with joining the speech team, Halle continued to engross herself in basketball; she dedicated most of her time to refining her skills in this sport with aspirations of playing at the collegiate level. Unfortunately, during the summer of 2017, Halle’s dreams were ultimately shattered. After tearing her ACL and lateral meniscus, Halle endured many medical setbacks due to her family’s impoverishment. Although this event devastated Halle, it did not deter her. Her resilience and determination to succeed in all that she did pushed her to excel in her other extracurricular activities.

In Marching Band, Halle and her peers spent countless hours together as they laughed, cried, and bonded as a family. As the Front Ensemble section leader for three consecutive years, Halle quickly learned that inclusiveness and diversity of thought promotes true success and fulfillment. Speech taught her how to vocalize her opinions and embrace her differences as an individual while Mathletes enriched her mind. By embodying the determination and strength she saw in some of her classmates, as well as her family members, Halle was able to accomplish many feats in her high school career, from placing at State for several activities to competing at the National level for Speech.

By the time Halle finishes high school, she will have exhausted all the math classes her school has to offer. While these courses somewhat satisfied her taste for knowledge, Halle is eager to further her education in university and apply her wisdom to the world around her. She plans to major in Computer Science and minor in Philosophy; by learning how to program and interact with computers, she aims to tackle societal issues and gain an understanding of the ethical effects technology has on society. Ensuring that she takes advantage of all the opportunities granted to her, Halle will use her voice to leave an impact on each individual she encounters. By engaging with underrepresented groups in order to promote confidence and self-worth, Halle hopes to embody her mother’s potency and tenderness so that she can encourage others to utilize their own voices, knowledge, and ambition to create a stronger, more inclusive community for themselves and all future generations.