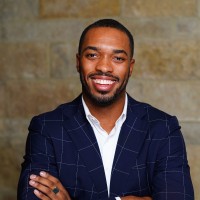 Idris Mitchell could have been a statistic. At age three his father was killed in an attempted robbery, leaving his resilient mother to raise Idris on her own. Yet thanks to a loving family that instilled the importance of identity, culture, creative expression, and giving back, Idris ventured to become a mentor for others. Through his family, he learned that success is a collaborative effort and has worked to build networks to support other students of color.

Idris’s passion for mentorship found expression through the Park School of Baltimore’s Black Male Forum, an organization that operates on the principle of empowerment through identification and seeks to provide safe spaces for all to discuss matters concerning diversity and everyday life. When Idris took the reins as leader of the Forum, it was important to him that the organization expand beyond the privileged walls of Park School. As a result, he forged partnerships with other schools, companies and non-profits to meet the needs of the greater Baltimore community by holding film showings like American Promise and Prep School Negro, a regular speaker series, health and wellness events, and mentoring African-American males.

Most recently, Idris was the force behind creating a Black Male Leadership Institute, coordinating the 2nd Annual Black Male Leadership Institute in Fall of 2013 (which hosted over 70 participants from sixteen different public and private schools). These youths engaged in seminars covering the subjects of financial literacy, healthy relationships, social media do’s and don’ts, as well as etiquette workshops, all in an effort to increase a sense of civic responsibility, build leadership skills, foster cultural appreciation and encourage academic excellence. From this institute, a curriculum was developed that the Black Male Forum shares with schools nationwide.

Idris believes education should prepare people to think critically in order to affect progressive social change, and as a result has excelled academically, artistically and athletically. He is an Advanced Placement Scholar with Distinction, National Achievement Scholar, and a National Merit Commended Scholar. He was also awarded the Governor’s Citation for the State of Maryland for his active community leadership, two Senator Certificates of Special Recognition, as well as a letter of commendation from Maryland Congressman Elijah E. Cummings. While he is humbled to receive these honors, such recognition is, in the main, an opportunity to expand resources for his work.

A classically-trained pianist, Idris has studied with teachers from the Manhattan School of Music, Peabody Conservatory and the Juilliard School. He’s also learned the principles of various dance styles at the Alvin Ailey School. Athletically, Idris’s heart gravitated towards basketball, not only making the Varsity team his sophomore year and serving as captain his senior year, but also coaching at youth basketball camps.

Idris believes civic engagement in its simplest form is understanding people so that they will be willing to take the risk of understanding others. He looks forward to traveling the globe, studying numerous languages, and immersing himself in diverse cultures. He is excited to bring his civic responsibility to the global stage.