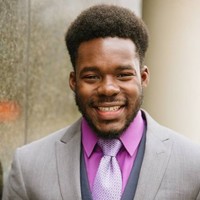 Javarcia Ivory (originally Javarcia Scott) was born in Clinton, Mississippi to April Scott. For most of his life he was raised in a single-parent household with numerous younger sisters; his mother and maternal grandparents were and still are major influences in his life, equipping him with the dedication, independence, understanding, and encouragement that have markedly impacted him. His mother and grandmother, a preschool teacher, have been significant factors in his academic success; furthermore, his desire to be a role model for his seven sisters (and all individuals under relatable circumstances) buttressed his academic perseverance and concentration. Not until the age of twelve did Javarcia meet his biological father, Thessaiol Ivory; from that point on, their relationship immersed him in the atmospheres and mentalities that would eventually engender his athleticism, self-confidence, continued maturity, and surname.

As the product of the Clinton Public School District, he has received an academically and culturally reputable and diverse education. Through his public school experiences, he has been exposed to a gamut of individuals and subjects; this amalgam of people and knowledge nurtured his love for challenges, guided his career pathways, and channeled his passion for community service. Regarding those, Javarcia’s participation in the NSDA and in the Arrow Players (theater) has aided him in combating and eventually overcoming speech impediments and the taciturnity they inspired; his current presidency of Anchor Club and his membership on the Mississippi Student Advisory board have granted him the privilege of serving his community through both direct and indirect service and volunteer work.  His education by this school system continuously fortifies his fascination with the sciences, their relation to other subjects, and, more importantly, their societal applications. His academic excellence has earned him over 11 awards for subject areas and countless more in academic tournaments, while his extracurricular involvement yielded a school-wide Hall of Fame title during freshman year.

As a life-long resident of Mississippi, he has observed the detrimental effects of obesity, diabetes, and heart disease, noting their correlation with socioeconomic disparities throughout the southern U.S. and the global community. It is this observation augmented by his scientific passions that guides his aspiration to become a cardiologist or physician-researcher, intending to make an impact on the health of others, and to be an active community participant, hoping to lessen the effects of socioeconomic disparities. Thus, he will major in biochemistry or biophysics. In order to more effectively interact with more ethnic communities, he became VP of his school’s Cultural Awareness Society and President of Spanish Club; and he intends to minor in Spanish.

Javarcia is admittedly quixotic in his dreams to change the global, social, health, and educational afflictions and inferiorities that minority students must bear in their daily lives and maturation; but he is an avid follower of Buddhist philosophy, admiring its altruistic, compassionate message and the enlightening humanitarian aspects it holds. He believes no challenge is too great for an intellectually and socially persistent, empathetic, and active individual.