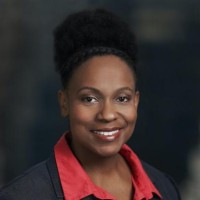 Jennifer graduated from University of Virginia law school in May 2005 and is currently working for a law firm in New York. Though she is excited to be back in her hometown after being away at school for 7 years, she absolutely loved Charlottesville, Virginia and will miss it tremendously.

While in law school, Jennifer performed numerous hours of pro bono work and received special recognition for her service at graduation. But, she did not see it as a chore or something to do for credit, she loves making a difference in her community and will continue to make a positive impact on the lives of others throughout her career.

Jen is so grateful to the Ron Brown Scholar organization for playing such a large role in making her dreams a reality. THANKS!

At the Bronx High School of Science in New York City, Jennifer Banner realized that it was through the study of law and government that she could make a positive difference in the lives of others. She became the founder and president of the pre-law society, an elected member of the senior advisory council, and president of her school’s National Honor Society. She was also president of the Junior Engineering Technological Society (JETS) and competed in the New York City Math Fair, where she earned gold and silver medals.

During the summer of her junior year in high school Jennifer, chosen from among 300 applicants, interned with the Manhattan District Attorney’s Office. As a senior she completed an internship with the Legal Aid Society. There she attended trials and assisted in serving subpoenas, researching and analyzing cases. These internships strengthened her resolve to pursue the study of law.

Jennifer made a difference in the community as director of College Choice, which offers college advising to high school students in poor areas of Boston. She visited the elderly through Boston Senior Home Care and found time to volunteer at the Small Claims Court Advisory Service, a student-run organization dedicated to helping those with limited resources in small civil disputes.

Returning to New York City during the summer months for internships, Jennifer has worked at the Legal Aid Society, the United States Mission to the United Nations, and Debevoise & Plimpton law firm.