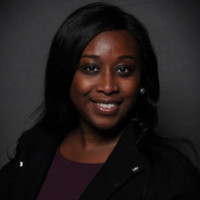 Jennifer N. Green is a native of Louisville, Kentucky and the tenth child in a loving family of thirteen children. From wonderful parents, she learned the value of hard work, commitment to task, and service to others. A key motto for the Green family is, “It takes a village to raise a child.”

A student at Central High School, Jennifer is the 2003 class valedictorian, a member of the Naval Junior Reserve Officers Training Corps, the number one nationally-ranked Black History Bowl team, Fellowship of Christian Athletes, and many other school and community-based organizations. During her sophomore and junior years, Jennifer served as class president and was awarded the prestigious Harvard Book Award. She placed first in the state of Kentucky in French II Listening Proficiency and was inducted into the National French Alliance.

Since kindergarten, Jennifer has had perfect attendance in school for 13 consecutive years. Receiving numerous community awards and honors, she was selected as a National Achievement semi-finalist, a National Ventures Scholar, the Chestnut Street YMCA Black Achiever’s program “Youth Achiever of the Year” and she received the WHAS-TV “Great Kids Fulfilling the Dream” Award. During the summer preceding her senior year, Jennifer participated in the Kentucky Governor’s Scholars Program, which encouraged her interest in international affairs.

Jennifer has volunteered with many community organizations with her NJROTC unit where she serves as Operations Officer. In this very demanding position, one of Jennifer’s many responsibilities includes the coordination of volunteer service opportunities for cadets in order to make Central’s NJROTC unit a viable part her Louisville community.

She looks forward to a bright future of majoring in Pre-Med/ International Relations, with a French minor. Jennifer’s ultimate career goal is to pursue a career in the military and international diplomacy, and to one day become the United States Surgeon General. It is in this office that she hopes to address the disparities in health care due to socioeconomic and cultural differences and to confront the widespread HIV/AIDS epidemic that is becoming increasingly prevalent among African American women.

In addition to balancing daily classes and family and community responsibilities, Jennifer has a part-time job. Planned Parenthood of Greater Louisville has employed her for the past two years to mentor middle school children and teach them of the dangers of irresponsible and hazardous behaviors and decisions. Jennifer is also a Peer Educator at Planned Parenthood. This position allows her to go out into the community to facilitate dialogue with her peers about sexuality and social issues ranging from a wide variety of topics.

If one would ask Jennifer where she gets the time and strength to do all she has accomplished in her life, Jennifer would smile modestly and humbly say, “I can do all things through Christ who strengthens me.” Jennifer’s ultimate goal is to live a Christian life and to dedicate herself to the service of all mankind.