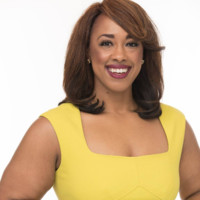 Born on Christmas Eve in 1984, Jessica Larche’s life had humble beginnings. Product of a single-parent home, her future seemed bleak as her parents’ divorce left her mother struggling. Considering herself as the “anti-stereotype,” Jessica’s tenacity, perseverance, and faith have allowed her to disprove stereotypical claims against her race, sex, and family. Now, the valedictorian of her graduating class, she attributes her success to determination and the strength she garnered from her mother’s success.

Jessica’s vision for the future was apparent early in her life. While she attended an elementary school located near a housing project, Jessica was able to see close-up the inner problems of the community. At the age of eight, she began making speeches at local school board meetings on pressing issues in the community. Her public speaking skills were recognized in 1996 when she was chosen to be commercial campaign spokesperson to raise scholarship money for graduating seniors. As an aspiring orator and journalist, Jessica’s fervent vigor for public speaking grew during junior high school as she won several speech competitions at the local, state, and national levels through the BETA Club, a community service organization. Her speeches, which focused on methods to improve the deploring condition of her generation, garnered her national attention in January 2000 and she was chosen to introduce the US Secretary of Education at a teacher’s conference held in New Orleans. Secretary Richard W. Riley, impressed by the maturity and intelligence Jessica possessed at 15, told her, “I’ll never have to worry about forgetting you. You’re going places and fast.” From that day on, Jessica’s career focus had an additional path – politics.

Jessica successfully held important leadership positions during high school. Her freshman year, she served as Black History Club President and BETA Club President. Into senior high school she was elected sophomore class president. Her junior year, she was elected junior class vice president, the vice-president for the West Jefferson Chapter of the National Honor Society, and selected as the dance team captain. Now in her senior year, Jessica holds the positions of student council president and dance team captain while maintaining a 4.9 GPA on a 4.0 scale. Jessica serves as a student reporter for the television show “Education Plugged In” while writing for the New Orleans newspaper The Times-Picayune. She was named Jefferson Parish Student of the Year, a title she also received in 1999 along with Region VI Student of the Year. She is a National Achievement Finalist.

Jessica’s dedication to community involvement has been a main pillar in her life. She has served as a tutor for the Jefferson Youth Foundation in Marrero, LA for over seven years and has dedicated over 200 hours to the program. Jessica has served as a mentor for St. Joseph the Worker’s Unity Youth Group in Marrero for the past two years. She also volunteers at her old elementary school and participates in several community service projects through the organizations she holds membership and offices in. Jessica’s efforts in the community have been recognized by the Trailblazer Award for her work in her home and school community in 2000. She also received the Cox Communication’s Hero Award for her work with the mentally challenged in 1999.

Jessica is an accomplished dancer. As the dance team captain, Jessica was selected as an American All-Star Dancer for the past two years. She has participated in several plays, the most profound entitled “Addict” in which she played a character addicted to drugs.

After graduating from Florida A & M University with a degree in broadcast journalism she became an Investigative Reporter for CBS News in Hampton Roads, VA. Jessica hopes to one day lead the country as President or become a renowned journalist in the ranks of Oprah Winfrey and Barbara Walters. Jessica is definitely every woman.