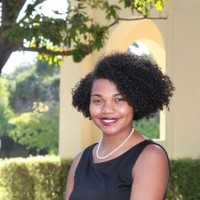 Joelle Williams seems to live the life of a beautiful butterfly, fluttering her vibrant wings through a care-free sky. She is in the top 1% of her class, and her acceptance into prestigious Stanford University is well known on campus. Demonstrating her aptitude in test-taking, she is an AP Scholar, an Outstanding Participant in the National Achievement Scholarship Program, and even tested into a gifted program during the seventh grade. She has dedicated herself to learning Spanish, and as a freshman she was awarded a certificate of achievement in proficiency. She, however, has also utilized her prowess in other facets of her life.

Joelle participated in her school’s inaugural orchestra ensemble, playing both the violin and the viola. Now, as a senior, she participates in Liberty High School’s marching band and symphonic band, playing the glockenspiel and the marimba. This scholar has used her leadership abilities in her Black Student Union in order to promote unity within her school’s minute population of Blacks. As vice president her sophomore year, the BSU received a Youth Activist Commendation from the California Teachers Association. In addition, she played three years of high school level volleyball. As a junior on the Varsity team, Joelle was one of the most consistent scorers and received All-League Honorable Mention, and a position on the Distinguished Scholastic Team.

However, as a caterpillar, enslaved by an oppressive and dismal childhood, Joelle endured misfortunes of life. She was born to a manic depressive mother who was unable to care for her children, and a former Marine diagnosed with AIDS. After her father died when she was only three, she moved a total of eight times, living with different family members and attending different schools. Near the end of eighth grade, her mother experienced another manic episode, and Joelle entered the foster care system. The following year, she had to cope with the overwhelming anxiety of high school, assimilate into the new culture of the San Francisco Bay Area, and cope with her own Post Traumatic Stress Disorder as she overcame the lasting effects of her abusive past.

Yet, with education as means of comfort and stability, Joelle rose from the cocoon of her youth, and has morphed into a beautiful butterfly. Although her physical possessions changed from house-to-house, no one could take her knowledge from her– no one could rob her of her education and hope. She is unsure of her major, but as a foster youth, she will use her life lessons and achievements to inspire the foster children of this country; to uplift their dampened spirits, and to convince them that their past does not dictate their potential. The color of her wings shine even brighter due to the realities of her history. With her wings spread wide, she will change the world, one forgotten child at a time.