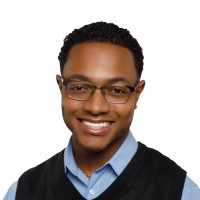 When John Hatcher was first born, he struggled to breathe and fought to hold on to life. As he suffered from seizures and a number of other health problems, the doctors predicted that with his current situation, he would suffer from learning disabilities and struggle within the classroom. While everyone seemed to have given up hope on John’s future, his mother, with a determination that seemed otherworldly, sacrificed virtually everything to take care of him on her own and guide him into a future of prosperity. It was this determination and love that allowed John to rise, despite the doctors’ predictions, beyond his circumstances and to develop a passion for learning itself, for it was the very entity that his birth predicted he would never be able to truly access.

As he grew up and learned to overcome his own challenges, John soon became aware of how his surrounding environment, his own community, faced its own set of unique and insurmountable challenges. In growing up in a black neighborhood rife with people that have been forced to grow dependent on living from check to check in government subsidized housing, he heard stories of family and community members who could have had amazing futures but sadly never met their potential. Their futures were destroyed by their inability to escape their environment of limited socioeconomic mobility and mass incarceration through accidental pregnancies, drug addictions, and petty crimes. In this critical time of this awareness, John entered a private Catholic high school with the financial support of an organization called LINK Unlimited Scholars. This program for black students within the Chicagoland area sought to also provide its students with supplementary information about the history of the black diaspora outside of the white narrative; John learned of the strength within the black community, from Leo Africanus’s depictions of Western African communities as rich and complex to the movement of black people in America, like his own grandmother, who risked everything to move to the North to seek opportunity as part of the Great Migration. Like the doctors that lacked knowledge of John’s inner strength and could not predict the effect of his mother’s tenacity, America, a country built on the backs of black slaves, failed to recognize its own racist history, from Jim Crow to the War on Drugs, and created and allowed the problems in his own community to persist. It was at this time in John’s life that he was able to connect his passion for learning with his desire to be an advocate and a voice for all who have suffered like he, and the others members of his community, had suffered.

Through his high school years, John has had the opportunity to develop his voice to address the systems of injustice that plague marginalized communities across America. On the Speech Team, he has discussed topics from the “Adultification of Black Boys” to “American Exceptionalism.” His talents and passions were additionally culminated when he spoke at the Chicago Metropolitan Agency for Planning (CMAP) GO TO 2050 event, during which he was able to discuss with mayors and community planners about the experience of growing up as a black child in the Chicagoland area, especially within the context of police murders like that of Laquan McDonald.

From the day he was born, John has been a fighter. Through role models like his mother and grandmother, and by planning to double major in Political Science and Economics, he seeks to continue to use his love for learning, public speaking, and social justice to contribute to the fight against the systems of oppression that have affected the people who have grown up in similar circumstances as he. John Hatcher is proud of his past and his lineage, and knows that it is his destiny to enact this positive change in a world that so desperately needs it.