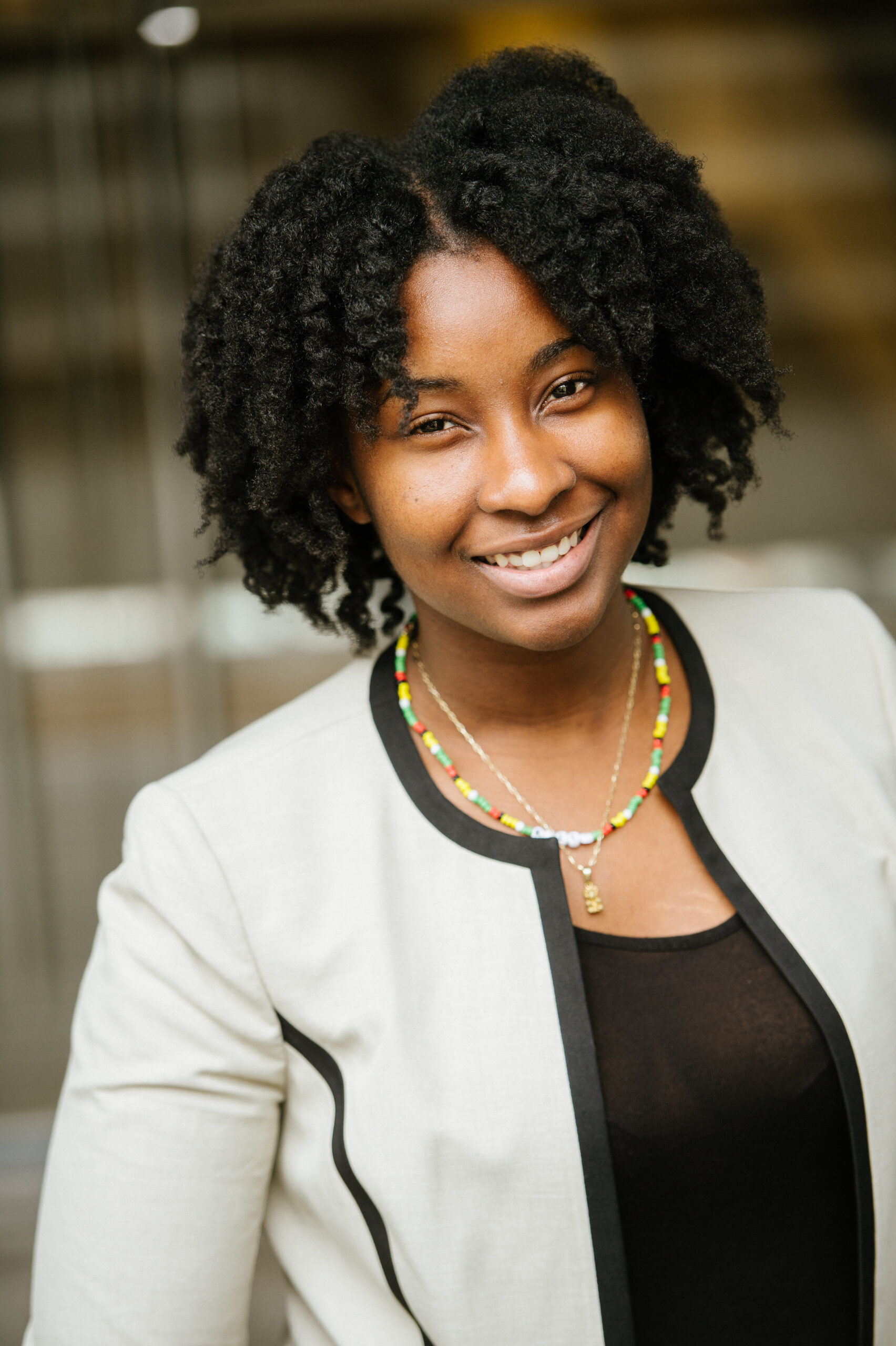 Kelly Hyles was born on May 26th, 1998 in Georgetown, Guyana. From birth to eleven, she lived in Vryheid’s Lust, a small village on the East Coast of Demerara. As part of the countryside, there were not many villagers, and those present became her extended family – elders were called “aunties” or “uncles” and the youths were “cousins”. The saying “It takes a village” must have originated there because everyone’s lives were extremely interconnected. She quickly learned that no one is an island; no one stands alone.

In 2009, Kelly’s family migrated to the United States, primarily for the innumerable opportunities. Initially, she was reluctant to leave home because she could not fathom the thought of not seeing those familiar faces each day. However, as she matured, she saw the move as a chance to form new relationships, educate herself, and eventually acquire the resources to improve life back home.

In 2012, Kelly was accepted to the High School for Math, Science and Engineering, one of the nine specialized high schools in New York. Her school has provided her with multiple opportunities to explore her unwavering curiosity. As a junior, her love for the Sciences grew as she enrolled in a biotechnology class at Mount Sinai Hospital. Later on, she interned in the Garcia-Ocana laboratory of Mount Sinai’s Diabetes, Obesity and Metabolism Institute, where she researched the importance of the inactivity of the PRKCZ gene on beta cell growth in vivo. Biochemistry is the perfect blend of her interests since it possesses the unique ability to both quench and ignite her curiosity.

Though Kelly was appreciative of the opportunities that her school offers, the rapidly decreasing number of Blacks in the specialized high schools troubled her. She knew that the decrease was not due to intellectual aptitude, but to lack of preparation and confidence. To combat the race disparity in her school, she partnered with the DREAM program, which hires teachers and older students to prepare students for the Specialized High School Admissions Test. As Head Student Coordinator, she mentored rising seventh and eighth graders. Although she provided them with effective test-taking strategies, her main goal was to replace self-doubt with self-confidence.

In 2014, the shootings of many unarmed Black teenagers and the acquittal of their perpetrators sparked a wave of discontent towards the justice system. Kelly felt as though there were no clubs in her school in which students could voice their concerns. Alongside two equally troubled students, she co-founded Black Student Union. Black Student Union gave her the opportunity to explore the rich history of her race, showcase Black excellence, and encourage ethnic and racial pride.

Kelly is fortunate to have a family that supports her, a community that encourages her and a God that favors her. She knows that nothing comes without dedication and she is willing to give life her all. Kelly hopes to continue to inspire others and believes she owes it to herself, her family and her community to be the very best she can.