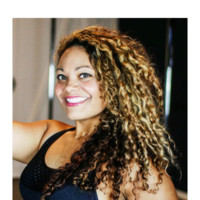 The first word Lindsay Lally Cothrine remembers reading and comprehending by herself was “go” — and that she did. She was two years old, and fifteen years later, she has yet to stop.

An active participant in life, Lindsay is always on the move both in and out of school. Chartering her school’s first Key Club and presiding as president for two years was an enormous task, made more challenging by her strenuous schedule. She has been at the top of her class for four years, participated in the National Honor Society for two years, and has been an active representative and parliamentarian in Student Government since her junior year. In her spare time she enjoys dancing, fashion design and volunteering in the community. Lindsay participates in an array of sports, including softball, basketball, volleyball and track. In her first year of track she advanced from her division to sectionals, where she competed in the discus. Even with such a hectic agenda, Lindsay still enjoyed the position of costume designer for her school plays and was an editor of her school newspaper and literary magazine. On weekends, you can find her teaching Sunday school.

Accomplishments aside, it was the summer of 2004 when she entered a civic leadership program in Chicago that Lindsay’s eyes were truly opened. Although she had spent many hours volunteering at homeless shelters, she had not witnessed the cycle of poverty at such a close proximity.

Through the program, Lindsay was thrown from suburbia into some of Chicago’s most infamous ghettos, with little more than hope and a determination to make a positive impact on the communities. Within that short month she learned the importance of human integrity, struggle and the strength required to overcome opposition. She learned how hours lobbying for a cause could encourage others to open their minds, hearts and pocketbooks. She learned how to jump double-dutch from a group of 7-year-olds.

She learned how the less fortunate lived. She returned to her high school a few weeks later with a small book she had written, a book on how to become a compassionate activist. More than simply aiding others, compassionate activists take it upon themselves to put the “human” back into humanity.

Lindsay attributes her ambition to her family, who through their love, support and constant encouragement has spurred her to achieve to the best of her ability. As a child, she was raised with the belief that there is only one race–human. She was taught early on that every person deserves respect, regardless of race, gender, religion or social position. She also was aware that for the fundamental rights of life, liberty and the pursuit of happiness to be available to the masses, they must be given a voice. Lindsay’s ambition is to give a voice to those who have been silenced, stifled by the roar of society. In the words of journalist Arthur Vandenburg, “It is less important to redistribute wealth than it is to redistribute opportunity.”

Lindsay’s voice will act to spread the opportunity.