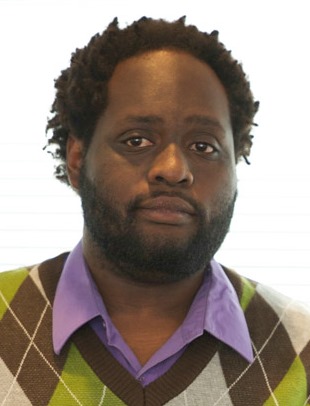 Lynwood is the son of Mary and Lynwood Walker and the brother of Kimberly Plowden and Mornique Walker. He comes from a very large, tight-knit extended family. Lynwood credits his family with giving him his fortitude, intellectual curiosity, altruism and motivation to succeed.

Lynwood has always been dedicated to improving himself intellectually. Though his primary passions and talents are in the sciences, specifically physics, he has proven himself a true Renaissance man through excelling in such diverse areas as painting, theatre, public speaking and historical studies. It is from his parents that he has learned to do all activities to the best of his ability and to make full use of every gift that God has blessed him with.

In Lynwood’s 8th grade year, after he built his first LASER as part of a science fair project, his passion for research was ignited. Since then, he has taken the first place award in all regional science fairs and has worked on several research projects that have included studies of maglev systems, rockets, hovercrafts, and various other circuits and devices. Also, he has taken lab courses at Caltech’s YESS program and interned as a student researcher at MIT’s Francis Bitter Magnet Laboratory through the RSI program. His research has proven very important in the developing field of spintronics and has garnered him the semifinalist distinction in the Siemens Westinghouse Competition and top awards at science fairs and his state’s JSHS competition.

Lynwood has served as captain of his school’s Quiz Bowl team and an annual winner of the American Legion Oratorical competition. Also, he is part of his school’s production of A Raisin in the Sun, playing the role of Walter Lee Younger. Lynwood has been part of his talented art program for the last four years and has really found a limitless medium of personal expression in his art. Furthermore, he is a member of his school’s Literary Society and has won several literary awards for his screenplays, short stories and essays; he is currently working on a science fiction novel.

Lynwood’s parents have always instilled upon him the importance of giving back to the community. He has been instrumental in beginning a tutoring program for elementary school students in the past and has sense served as a tutor for individuals of all ages. Furthermore, he has been an altar server in his church for many years. His devotion to community service has also taken the form of various can food and clothing drives. In the second semester of Lynwood’s senior year, he has begun work on creating a school club for the promotion of equality to help teens of all walks of life find identity, comradeship and acceptance.

Lynwood hopes that his commitment to bettering himself through pursuing a well-rounded education, to helping others find strength in education, God and peers, will serve him well as he pursues his life goals.

Lynwood graduated from MIT with a BS in Physics. He then went on to found Prisna: a company that built a system for mass producing affordable housing across regional barriers; a system that integrates green building methods to promote a sustainable and self-sufficient future.