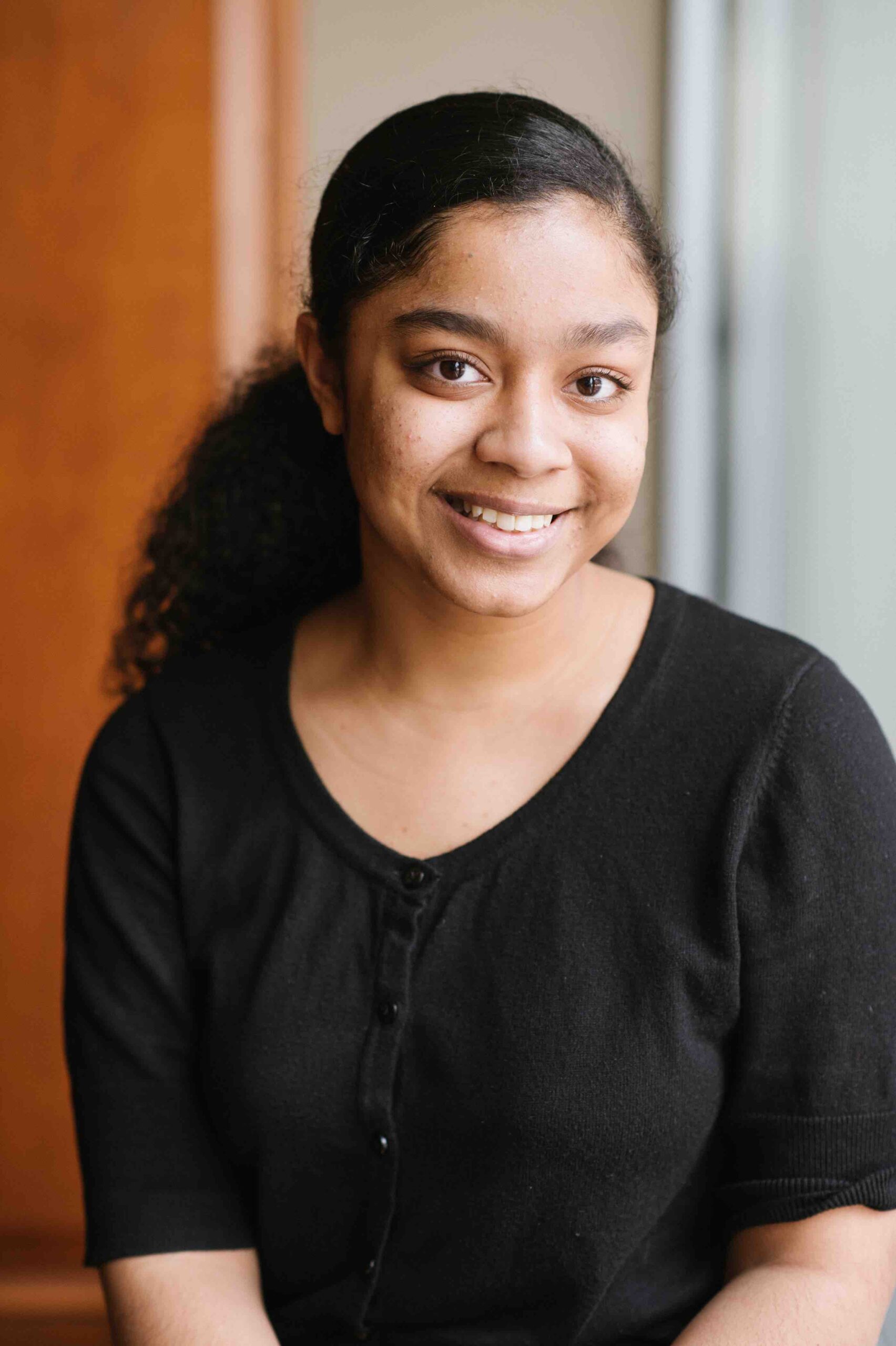 Nicolette John has lived in Brooklyn, NY for her entire life and is the youngest of three siblings.

As a child, Nicolette often found herself asking questions: questions about the books she often found her nose buried in, questions about nature around her, and questions about the declining health of her grandmother. She always had a passion for understanding the nuances of the world she lived in. Whether she was swinging from the monkey bars of Brooklyn’s Prospect Park or knee-deep in the icy waters of Manhattan Beach looking for unique organisms, she was always eager to learn more. In her ever-changing environment, she found solace in observing and questioning the natural world around her. Once she went to school, she applied herself to the sciences: biology and chemistry. Curiosity to dissect and uncover the mysteries that surrounded her was her sole goal and purpose. She was carefree, motivated, and ready to take on the world. Progressing through her academic career, Nicolette exhibited an extraordinary affinity for learning and took every opportunity to challenge herself intellectually, enrolling in many AP and honor courses offered by her school.

Growing up with a grandmother who suffered from heart disease, she was aware of the tremendous pain in the world. However, it was not until she suffered the great loss of her grandmother in her life that she decided that she was going to make an impact in the medical field in honor of her grandmother’s memory. To honor her memory, she volunteered her time in the medical ICU, where her grandmother spent her last moments. There, she spent time with patients ranging from the ages of forty to seventy. With each step she took in the ICU, she honored the memory of her late grandmother, reaching out to those who like her, needed someone. She also was able to develop love and passion for service.

Furthermore, Nicolette was inspired to perform cancer research during her high school experience. She took a look at the suffering caused by disease in the world and decided that she was going to be the scientist to discover the cure for cancer. She discovered that with research, she was able to delve deep into problems: way beyond what is seen on the surface. Usually in her classes, she was expected to just learn different phenomena and to expand her knowledge bank. However, with research, she was able to see the issue, the causes behind it, the implications it has, and other factors that take an effect. Her curiosity was peaked. In her sophomore year, under the supervision of Dr. Jeffrey Kivi, she was able to write a research paper on a possible preventative treatment for breast cancer. She discovered, in brief, that the present technology kills off the healthy cells as well as the malfunctioning cells, and proposed that, with improvement in nanotechnology, probes could be used to both identify and eliminate cancer cells: several small detectors could be placed within the patient’s breasts to interact with the antigens on cancerous cells. Interaction with antigens associated with cancer cells would trigger a signal to be released by the detector to an outside source, such as a computer. The detectors would be made with biodegradable materials that could function for a set period of time within the body and eventually disintegrate. She was very proud of her work and hopes to continue this research on a larger scale.

Outside of school Nicolette devotes her Sundays to volunteering for her church’s youth program in the community. She hopes to inspire kids through faith in the same way her beliefs motivated her.

When reflecting on the aforementioned experiences, Nicolette can’t help but thank the influence and mentorship of her immigrant parents, who instilled in her the value of education and pursuing her wildest dreams. She stands on the backs of heroes like her parents and aspires to create change in the world before her, one act at a time.

In the future, she hopes to pursue a career in medicine and to combine her passion for service with her interest in science. Nicolette is pursuing a degree in Integrative Biology at Harvard University.