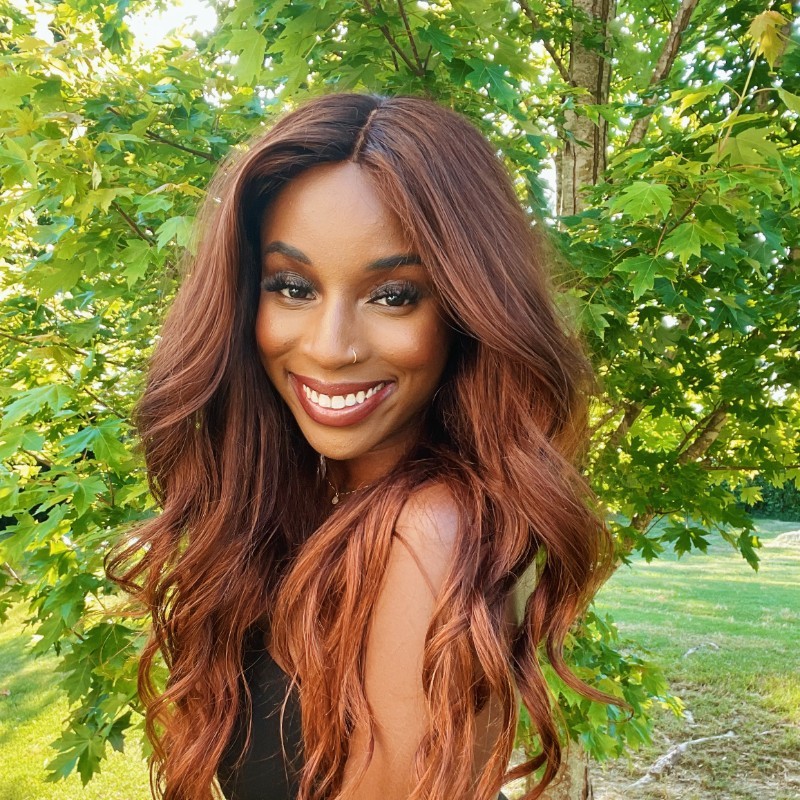 Odemi always wears a smile on her face. Her unparalleled optimism and infectious charisma have a way of placing a smile on the faces of everyone she encounters.

Watching her parents struggle to avoid foreclosures, pay medical bills, and put food on the table, Odemi found reassurance in her mother’s frequent reminders that character will take her places money, intelligence, and appearance will not. Odemi’s belief, that money in no way correlates with the promise she has to offer the world, has shaped her perspective of life.

Odemi believes her accolades are a result of God’s love, her family’s unlimited support, and the role her mother has played in her life. Her mother endures debilitating arthritic pain and the implications of a herniated disc, yet always finds a way to take Odemi to meetings and community commitments. Personal experiences have made Odemi empathetic to the less fortunate. Her dedication as a volunteer with a local refugee community motivated her to go on her first mission trip to Guatemala.

As a peer leader, Odemi mentors teens to discover and act upon their goals. She is a representative on the Gwinnett County Youth Advisory Board, encouraging teens to abstain from drug and alcohol usage. A committed First Soprano in the Select Choral Ensemble and member of her church choir, singing has always been an auditory portrayal of who she is. When ordinary rhetoric fails her, she resorts to song. It is the key to her identity, always allowing the outside world a peephole into the emotions that configure her soul.

Odemi’s parents, Nigerian immigrants, stressed the importance of knowledge and cultural awareness. Being immersed in Nigerian culture sparked her precocious awareness of the world, and fueled her limitless desire to learn. Inspired after reading President Obama’s “Dreams from My Father” in 6th grade, she decided she too would attain an Ivy League education and use that as a way to share hope in local communities.

Receiving a 1660 on her SAT at the age of 12, Odemi was invited to Duke University’s Talent Identification Program, where she studied International Relations and Politics in the Middle East, fostering her interest in foreign relations. Odemi founded a Model United Nations Chapter in her high school that has since tripled in size.

Odemi hopes to start an NGO that aids orphanages in Third World countries. She plans to double major in international relations and economics while at Brown University and hopes her studies will equip her as she embarks on her journey of spreading hope and good will.