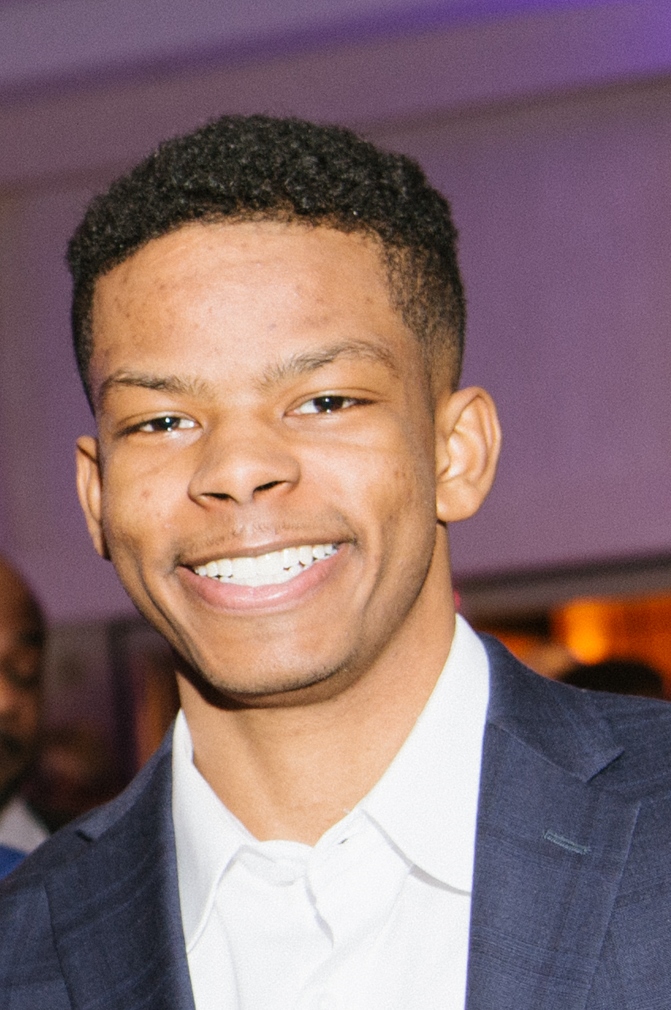 Born in Cambridge, Massachusetts, Ollie Monroe Bowman Howie is an intrepid, tenacious, conscientious and well-rounded scholar. He has claimed residency in Florida, Texas, Mississippi and Virginia. In each of these states he has excelled as an honor student and community servant. Roanoke’s Superintendent of Schools calls Ollie a “district legend” and adds, “without question he is the most impressive student the district has had the pleasure of educating.”

In grades six, ten and eleven, Ollie was voted “best all-around student” and “student of the year”. He was inducted to the National Junior Honor Society and the National Honor Society. He is currently number two in his senior class (of 305 students); with a grade point average of 4.4, he is working hard to be the valedictorian at the May graduation exercises.

Ollie has distinguished himself as a community servant. In 2001, he founded the “My Brothers’ Keeper” (MBK) Club, which implements programs to help those in need. After Hurricane Katrina, MBK distribute natural therapeutics to those who had no access to their prescription medications. MBK distributes school supplies, socks and clothing to those in need as. In addition to his work with his club, he has served as a Youth Leadership Council (YLC) Member with the Foundation for Roanoke Valley. As a YLC member for two years, Ollie works with other young philanthropists to study and select non-profit organizations for grants. The YLC also hosts parties at local nursing homes and other charity functions. Independently, Ollie has volunteered for the American Red Cross Blood Drive, Special Olympics and has served in his church most of his life.

Ollie has served in numerous ministries in the church. He has served as junior church clerk; assistant superintendent of Sunday school; church school clerk; usher; choir member and assistant director of the Christmas play.

Ollie began speaking publically at a young age. His first public address was a speech at a kindergarten graduation when he was three years old. He has spoken at several church youth day events. In 2012 and 2013, he presented Martin Luther King, Jr.’s I Have a Dream Speech at the annual SCLC (Southern Christian Leadership Conference) program.

In 2013, Ollie received the United States President’s Community Service Award, with a personal letter from President Obama. Consequently, he was featured on several local (Roanoke, Virginia) television news shows and in local newspapers. In addition to his award from the president, Ollie also received the Prudential “Spirit of Community” community service award.

In addition to his academic success and community service, Ollie has excelled in sports and music. He has played sports all of his life; in high school he played varsity golf and varsity baseball. He is also a member of the scholastic bowl team, FCA (Federation of Christian Athletes) and the varsity forensics team. He won regional and district awards for public speaking and sports marketing presentations in DECA and forensics.

Ollie played drums (percussion) and the alto saxophone in middle school. For the past two years he has been studying classical piano. He is also a print model for Prestige Photography. He enjoys listening to preachers, playing video games, working out and eating seafood. He currently resides in Roanoke, Virginia and will attend Harvard University in the fall.