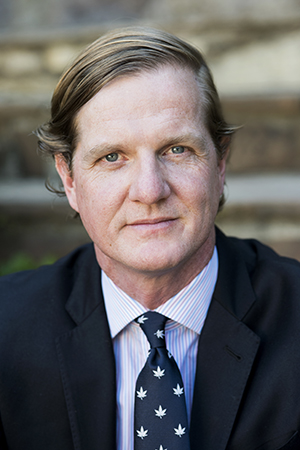 Patrick Baker is an accomplished producer and film executive dedicated to developing and producing high quality film, TV, and documentary projects. Never one to limit himself or his audience, his work and interests has always been defined by a desire to tap a wide spectrum of genres.

Most recently, Baker produced Honeymoon starring Rose Leslie (Game of Thrones) for Magnolia Pictures. He executive produced The Art of Getting By starring Freddie Highmore and Emma Roberts for Fox Searchlight. Prior to that, Baker executive produced It’s Kind of a Funny Story starring Zach Galifianakis for Focus Features, and produced Fighting starring Channing Tatum and Terrence Howard for Rogue Pictures. As an independent producer, Baker has premiered films at the Sundance Film Festival, The Toronto Film Festival and the Tribeca Film Festival.

During his tenure for Universal Pictures and Paramount Pictures based Misher Films, Baker was responsible for overseeing the company’s myriad projects. Among the many films that Baker developed and oversaw throughout his career there are The Rundown, directed by Peter Berg and starring Dwayne “The Rock” Johnson, Seann William Scott and Christopher Walken.

Born in London and raised in New York City, Baker earned a degree in African-American studies from the University of Colorado at Boulder. His first job in the entertainment industry was working on a BBC documentary filmed in New York City entitled Hookers, Hustlers, Pimps and their Johns. He landed his next job at Cronkite, Ward and Company, a TV-based production company run by legendary journalist Walter Cronkite where he co-produced One Family: Why We Should Care for NJN network. His talent for identifying salient issues and story-telling potential subsequently convinced journalist Bill Moyers to join him in his next endeavor: an Emmy winning PBS project, Savage Inequalities: Children In America’s Schools about the inequalities in public school education.

After completing the PBS documentary, Baker relocated to Los Angeles where he co-wrote the feature screenplay, I Love This Game for Paramount Pictures and City Kids for Demi Moore’s Moving Pictures based at Warner Bros. He later segued into the executive suite where he began his feature film career working with director Barry Levinson and producer Paula Weinstein at their Warner-Bros based production company, Baltimore Spring Creek Productions. Films he oversaw as director of development included The Perfect Storm, Liberty Heights and Analyze This.

When he’s not developing and producing movies, Baker is a social justice advocate, serves as a mentor experienced in filmed entertainment, and is an endurance athlete with over forty races completed, including the Ford Ironman World Championship where he nearly placed dead last. He enjoys playing the harmonica (badly) and spending time with his seven year-old son Otis who he named after a character from one of his favorite films, Animal House.