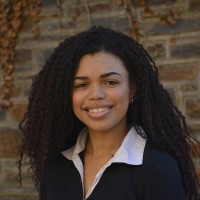 Rebecca Schmitt was born in Atlanta, Georgia. However, she spent most of her formative years in South Florida. Her parents divorced following domestic violence. After years of probation, Rebecca’s father was granted supervised visitation with Rebecca. However, he ultimately decided to abandon her. Still, even as a young child, her demeanor was confident and positive. Rebecca has had great role models that have demonstrated work ethic and strong senses of community. One of Rebecca’s earliest memories involved listening to her mother’s speeches at Real Estate conventions. Just as Rebecca was about to enter middle school, her mother was diagnosed with cancer.

Her mother’s cancer diagnosis brought an end to their comfortable middle class life. Subsequently, they were burdened with poverty. These facts instilled new purpose and goals in her. She believed a brighter future was ahead if she continued to perform as an excellent student. Rebecca was also motivated to inspire her peers to be very proactive about securing brighter futures for themselves as well.

In addition to academic pursuits, Rebecca is involved in her community. Recently, she has used her platform as class Valedictorian to bring greater awareness to the plight of Homelessness in public schools. She partnered with outreach group, Purposity, successfully launching a mobile application that is designed to facilitate donations, supplies and services to Homeless School Children.

Rebecca is an active figure in her community, wherever it may be. Rebecca has started tennis workshops in both California and Georgia; as she went from one temporary shelter to another. As a junior, she was MVP and team captain. Rebecca also appreciates classical music, being a violinist in her orchestra since the age of 10.

Her appreciation for learning is emphasized by her involvement in the Duke University TIP Program, International Baccalaureate Diploma Program, National Honors Society, the National Beta Club, the Student Government Association, and the robotics club. In all of these organizations, she holds officer positions. Her commitment to community is apparent in her mentoring experience in the Velocity program and volunteerism at Zoo Atlanta. Rebecca’s leadership and globalism has been cultivated through the Maynard Jackson Youth Foundation, where as she was an ambassador for the Confucius Institute’s cultural-exchange program in China during the summer of 2016. Following preparatory study at Emory University, Rebecca was immersed into intensive Mandarin language and culture studies at Nanjing University.

In college, she will major in chemical engineering. She hopes to transform our society into one where man and environment coexist without harm to either. Rebecca believes that attaining sustainability for the planet is the ultimate commitment to the global community.

She believes that her life experiences, no matter how difficult, have merit in her understanding of what it means to function and exist in the shadows of helplessness and hopelessness. Rebecca hopes to become a pillar of strength for those of similar backgrounds, exemplifying that one’s future horizons are not confined by of adversity.