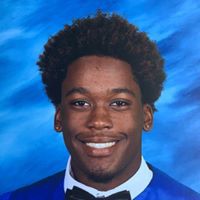 Rickey McGregor, III was born on December 29th, 2001 in South Central Los Angeles. There are two sides to Rickey: the business-savvy future billionaire side, and the philanthropic, community-driven side.

From an early age, Rickey was always trying to make money. In early elementary school, he started his own lemonade stand, waking up on Saturday mornings and squeezing the juice out of lemons to make lemonade. As a young businessman, he was already examining how to cut costs; asking his neighbor for lemons from his tree. He soon realized that squeezing lemons was very tedious and time consuming, so he bought CountryTime lemonade powder, increasing his cost, but increasing his output allowing him to sell more cups. While running a lemonade stand was fun, it wasn’t enough; he wanted more.

While he was done with the lemonade stand, he wasn’t done making money. He found out that you can make money by recycling plastic and taking it to a collection center. He immediately thought he had just found the easiest way to make money. He collected the recyclables from his house, but he knew that wasn’t enough to make a substantial profit. He reached out to family members and asked them to save their recyclables for him. His only expense was the U-Haul he had to rent to transport the bottles.

During his freshman year, he decided to start a barbering service. Self-taught, Rickey even went bald practicing on himself. His barbering service was more fulfilling to him because he built it from nothing. He had to develop his skills and learn how to market his product. But the money he began to make helped him develop a sense of how broad business can be. He started learning about the stock market, real estate investment, venture capitalism, and hedge funds and realized that he wanted to be more than an entrepreneur.

But Rickey isn’t just a business-man; he’s a man with a passion to help his community. Growing up in South-Central, he saw and endured a lot. His grandfather died in a drug deal. He has an uncle who was homeless and addicted to crack and a cousin who is addicted to meth. His grandmother overdosed on opioids. He has an older brother and uncle in jail, the latter which has been in for sixty years. Rickey realized from an early age how his community was trapped in a cycle of drugs, gangs, and hopelessness. It was this, along with a family dedicated to service that awoke Rickey’s desire to change his community in a radical way. He watched his mom work at inner-city public schools for years, many of which post rates similar to 32% reading proficiency and 5% math proficiency, which are the rates at his local public school and his dad run a disguised mentoring program for at-risk, inner-city youth called iMentorGlobal, both of which don’t pay very much. He watched his grandmother who, despite her issues, spend her own money to make lunches for the homeless. He knew that despite the financial sacrifices, they worked for something bigger than themselves, and he knew he must continue.

Rickey is unsure of what college he will attend, but he plans to major in business and public affairs. In order to make major changes, economic and political power is needed. Business fulfills his interest and helps make economic change, while public affairs gives him the knowledge necessary to influence policy and create his own programs.