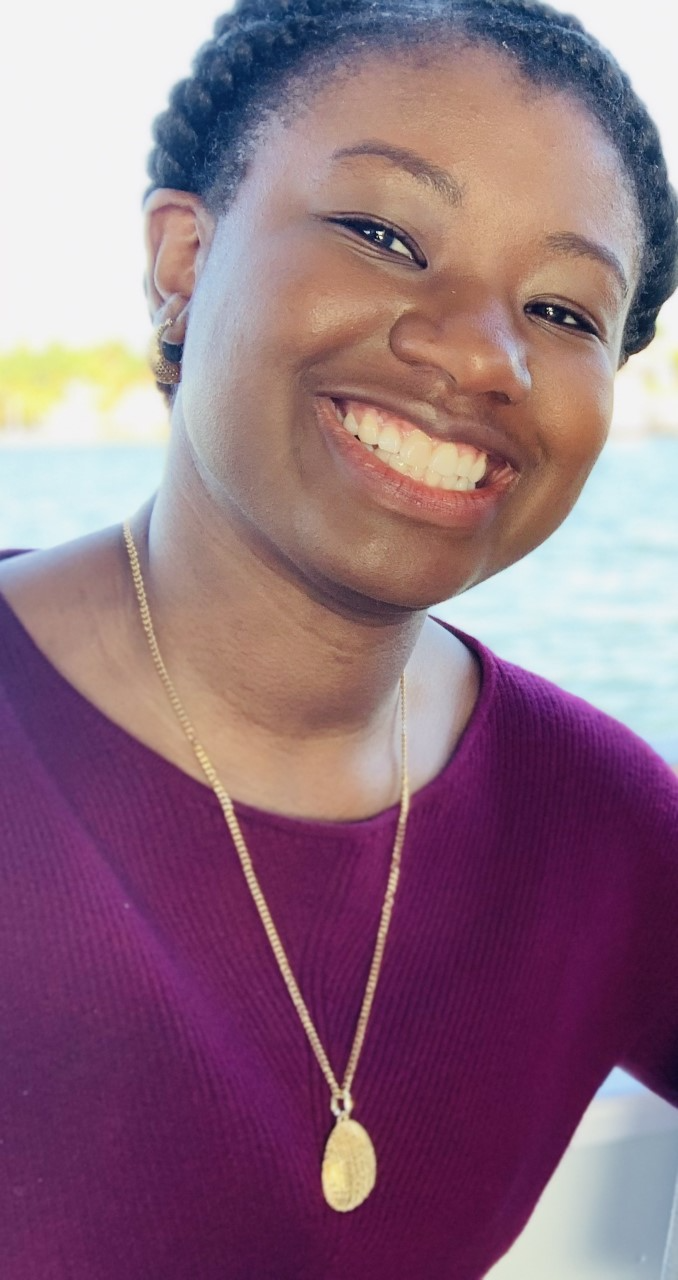 Sando Kpanah Baysah, born in Monrovia, Liberia on June 16, 1987, has observed first hand what it means to persevere in the face of adversity. In 1990, the Liberian Civil War dealt her family the gravest of blows. The war wreaked havoc on their lives, robbing them of material possessions, killing numerous relatives and friends and stripping them of the only country and lifestyle they had ever known. Knowing neither where their next meal would come from nor if they would even be alive to eat another meal, every day was an incessant struggle. Throughout those dismal months, Sando’s family suffered grave losses, but the one thing that remained steady was their faith. Born into a strong Christian family, Sando has learned that no challenge is insurmountable with God’s help. It is her deep-rooted faith in God and her family that drives her to persevere and enables her to accomplish her goals.

Sando is motivated by the tenacity her family has shown in rebuilding their lives. Though distraught at having to leave her homeland, she recognized that coming to America brought with it a new quest – a quest to better others and herself by taking advantage of the tremendous opportunities America has to offer.

One such remarkable opportunity is the education afforded to her by her current high school, St. George’s School, an elite private boarding school. While quite reluctant to leave home at first, Sando recognized that St. George’s would aid and educate her better than any of the public schools in her area could. Therefore, she made the difficult decision to leave the security of her family and attend boarding school.

Since her arrival at St. George’s as a freshman, she has developed her talents and taken advantage of countless opportunities presented to her. Sando has challenged herself academically by taking an assortment of AP and honor classes. Her senior year, aside from taking a full course load comprised of all APs and a post-AP, she designed two independent studies in order to further investigate her interests in genetics and the relationship between math and art. She has excelled academically, obtaining the Headmaster’s Commendation, and she has been one of the top 15 scholars in her school since her arrival. In grade ten, Sando was awarded the Allen Prize for maintaining a high standard in all departments of life at the school. A recipient of the Harvard Book Prize, she has also been named an AP Scholar with honor, a National Achievement Scholar Commended Scholar, a Venture’s Scholar, is a HOBY ambassador and was inducted in the Cum Laude Society her junior year.

However, Sando does not simply limit herself to academics. A well-rounded individual, and a tri-varsity athlete, she has played soccer, basketball and softball for the past four years. She is the head of the multicultural group Insight, a club committed to exposing the student body to the aspects of its cultural diversity. Sando has taken on various leadership roles, serving as a dorm prefect in her dorm council, Students for Students Ambassador and as a student council representative. Recognizing the powerful and essential nature of community service, Sando volunteers as a peer tutor, an assistant Sunday School teacher and is an active participant in Feed-A-Friend, a food drive that takes place before major holidays.

Sando aspires to become a pediatrician and return to her homeland to help setup and train future doctors. With a strong foundation, God and her family, her future looks promising.