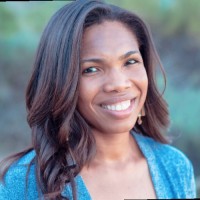 Raised in a bi-cultural home, Sharlene celebrates the rhythms and teachings of her Jamaican and Dominican backgrounds. Realizing that two islands’-worth of hearts have invested much love in her upbringing, Sharlene strives to learn and grow. She gathers knowledge with the intention of one day giving back to the community that shaped and strengthened her character. Sharlene has confronted many negative reactions from strangers who dismiss the Bronx as a dark alley, but regardless, she shines light on the many brilliant diamonds hidden in the rough. She was given a chance to radiate positive energy and simply wants to “return the favor,” she claims.

A student at DeWitt Clinton High School, Sharlene is the Class of 2004 salutatorian, president of the ARISTA Honor Society and a runner on the Girls’ Track and Cross Country Team. Her myriad interests are evident in her extra-curricular involvements, for she participated in the Con Edison Biology Team, debates on the Student Advisory Council, volunteers in her local soup kitchen and constantly thinks of innovative projects for her school. Volunteering is the most fulfilling of Sharlene’s activities, and she encourages young people to experience the euphoria service stirs in the soul. In a matter of weeks Sharlene coordinated the most successful toy drive a Bronx inner-city high school has seen in years. “The long hours and many missed lunches were worth it,” Sharlene says. “I would do it all again for just one more smile on a child’s face.”

Sharlene has also sought means to expand herself beyond the walls of DeWitt Clinton. She has actively participated in various science programs such as NASA MASTER where she was exposed to the vast world of anatomy and physics, SPREP at Columbia University where she witnessed the many painstaking breakthroughs of the medical community, and Summer Research at Villanova University, where she conducted an extensive research project on life expectancies for urban minorities. Sharlene’s thirst for knowledge knows no boundaries.

From an early age Sharlene has appreciated those who have nurtured her. She is grateful to all her teachers and coaches who have not only served as educators, but as mentors in her life. She experienced the hardships of teaching first hand through Junior Achievement, a program which granted her the opportunity to be a teacher to an entire class of second graders for a day. Her feet ached and she was smeared with finger paint, but had a brilliant smile on her face.

Sharlene has been honored as an Open Doors Theatre Scholar, was awarded an African-American Certificate of Merit, and is a HOBY ambassador, a Ventures Scholar and a Take the Lead! Woman Leader. In addition, she is also a Bridge to Berlin Ambassador, an honor which will give her the opportunity to travel Germany this spring.

Abiding by her school’s philosophy, “sin labore nihil,” literally “without labor nothing,” Sharlene continues to persevere, defy all stereotypes and to even all odds through her charm, strong belief in charity and drive to succeed.