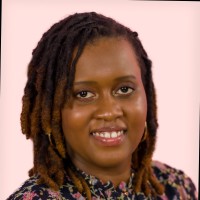 Today, we have many definitions of success. Some believe that achieving success means attending elite, private academies. Others believe that success is the result of either genius or supernatural ability. Yet, Simone Imani Watson, who attends a public school and considers Japanese anime a work of genius, prefers to follow Maya Angelou’s definition of success. The great poet once said that, “Success is liking yourself, liking what you do, and liking how you do it.” Born in August 1991, Simone grew up on a dirt road in the backwoods of northwest Florida. Despite being surrounded by corn fields and shooting ranges, Simone was raised with a sense of duty towards her fellows, her country, and most importantly herself. While her father, a country boy, instilled his appreciation of nature into Simone, her mother, a city girl, provided a sense of cultural diversity. Life in the backwoods would later prove to be an enhancement, not a barrier, to her love of learning. Even now, Simone believes that her rural upbringing is the fuel that drives her academic ambitions and strong character.

During high school, this young lady chaired FBLA’s popular Social Committee and served as the first black president of Rho Kappa, an academic honor society. She was also a member of the Inter-Club Council. She has attended the Hugh O’Brien Youth Leadership Conference, and has served in local organizations, such as Youth Leadership Pensacola. During school breaks, Simone volunteered at Legal Services of North Florida, a nonprofit legal agency. There, she was exposed to Pensacola’s poor and is motivated to aid the nation’s poor in the future.

In the fall of 2009, Simone entered Duke University where she currently pursues a major in History and a minor in Classical Civilizations. Her focus is always on academics but she also participates in several extracurricular activities. Simone was nominated by a professor to become an Undergraduate Writing Tutor. Under that position, she advises undergraduate freshman on how to write successfully at the college level. She is a sister of Chi Omega, the nation’s largest women’s organization, and also serves as Director of Sisterhood for the chapter at Duke. In spring 2011, she was selected as a Mellon Mays Undergraduate Research Fellow and spent the following summer conducting archival research. Simone currently plans to pursue graduate-level study in either law or archival studies. Her ultimate goal is to advocate for the preservation of African-American history in cultural institutions across the nation.

In the end, Simone will always remember that she likes herself, likes what she does, and likes how she does it. By this definition, Simone has achieved success.