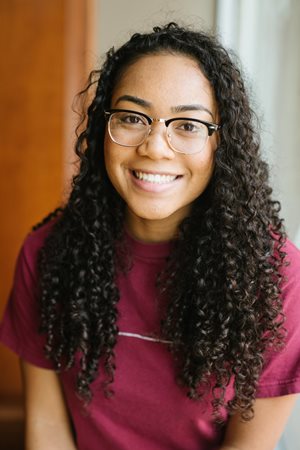 Born in Seattle, Washington, to a Japanese mother and African-American father, Tierra Wilson has dedicated her life, thus far, to serving those around her. She is a student, an athlete, a business owner, and an activist committed to empowering marginalized communities. Her various leadership experiences have sculpted her into the knowledge hungry, hard-working student she is today. Through these experiences, she has developed a passion for business and social justice and has utilized her platform to empower those around her.

For the past year, Tierra has served as the Washington DECA Area President and Vice President of Marketing. DECA is an international career and technical organization which gives student’s real-world, competitive experience in the business field. As a successful four-year competitive member, she has utilized her experiences to advocate for minorities and low income students. From aiding in scholarship funding efforts such as the Washington DECA “Members Helping Members” scholarship to lobbying at her State’s capital for increased funding in the upcoming budget, she works every day to be the voice of change.

Tierra has used her business knowledge from DECA to found her own Non-Profit Organization in September of 2015, called Eastside Global Youth. This organization is dedicated to empowering youth globally through education. In the first year, EGY fundraised enough money to build a school in Haiti-construction will begin this summer. This year, her organization has shifted its efforts locally to subside the cost of after-school care programs for low-income parents in her community.

Tierra is also passionate about social issues. This is reflective in her initiative to begin her school’s first activist club, Activists for Change. Through this club, she works to educate those in her community about various social issues through planned weekly meetings and seminars. Within four months, Activists for Change has already proposed plans for minority inclusion to her school board and has been chosen to present at the Bill and Melinda Gates Foundation’s Teen Action Fair.

Outside of business and activism, Tierra is a dedicated track and field athlete and musician. She is three-time Junior Olympic sprinter and State Champion in the relays. As both a six year club and three-year high school varsity track athlete, she dedicates hours to her sport. Tierra also finds great joy in music. She plays the guitar, piano, and ukulele and has her own YouTube channel where she uploads singing videos. She has gained over 16,000 subscribers on her channel and her view count has surpassed one million.

In the future, Tierra hopes to pursue Business Management, Economics or Political Science and continue to serve others throughout her career.