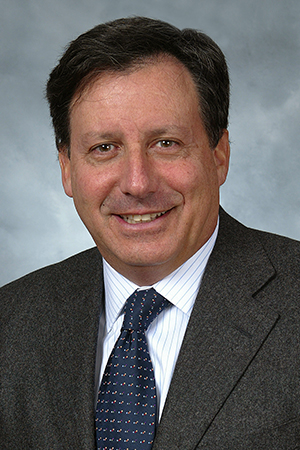 Tom Werner is partner and co-founder of arguably one of the most successful independent studios in television history, Carsey Werner. He is also Chairman of the 2004 & 2007 World Champion Boston Red Sox.

As Chairman of the Red Sox Werner was instrumental is establishing the Red Sox Foundation, a foundation that gives away millions of dollars each year to local programs and the Home Base Program, which aims at helping military veterans affected by post-traumatic stress disorder and traumatic brain injury.

With over 2000 episodes of television produced Carsey Werner has been one of the leading suppliers and distributors to the worldwide marketplace for over twenty-five years. As executive producer of a number of landmark programs including, “The Cosby Show”,” A Different World”, “Roseanne”, “3rd Rock From The Sun” and “That 70’s Show” Werner and his partner, Marcy Carsey, have obtained a vast library of programs seen in over 175 countries and translated into 50 different languages. In 2000, Carsey Werner joined forces with Oprah Winfrey to form the Oxygen Network, a 24 hour cable channel serving the modern woman. The Network was recently acquired by NBC Universal and is one of the fastest growing cable networks ever, now in almost 65,000,000 homes.

Werner started his career at ABC Television and eventually became Senior Vice President of Primetime Series in December 1980. Along the way he helped develop such shows as “Mork & Mindy”, “Soap”, “Bosom Buddies”, “Three’s Company” and “The Love Boat”. In 1981 he joined Marcy Carsey to form their own production company.

He has been inducted into the Academy of Television Arts and Sciences and Broadcasting and Cable Magazine’s Hall of Fames. Their shows have garnered 24 Emmy Awards, 11 Golden Globes, 23 People’s Choice Awards, 2 George Foster Peabody Awards , 4 Humanitas Prizes and 18 NAACP Image Awards. They have also received the Brandon Tartikoff Legacy Award from NATPE, the David Susskind Lifetime Achievement Award from The Producer’s Guild of America and a place in the Museum of the American Dream as one of the 20th Century’s most extraordinary achievers.

Werner explains their singular record of achievement this way: “I believe our success is due to our profound respect for our audience. Our shows strive to reflect the human condition and enlighten as well as entertain.”

In addition to his work for the Ron Brown Scholars, Werner serves on a number of Boards, including the Crossroads School and the Board for After School All Stars, a program helping at risk youth engage in after school programs. He has also served on the White House Fellows Commission, Dana Farber Institute in Boston and was appointed to the California Film Commission by Arnold Schwarzenegger.