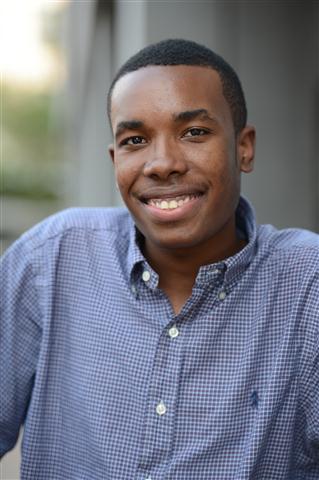 The Ron Brown Scholar Program is one in a million. There is no other suitable introduction or qualifier for describing this program.

My journey with RBSP began in 2011 when my mother explained to me that it was the scholarship to which I had to apply. Application season for scholarships was well underway, and for the life of me, I couldn’t understand what made this scholarship, “The One.” So, I applied to the Ron Brown Scholar Program (RBSP) with a level of blindness. I only knew what I needed and that Ron Brown, the man, sounded a lot like who I wanted to embody. Above anything, my application was honest. I wrote and spoke thoroughly about who I was, what I wanted to see in the world and my responsibility for bringing that image forth. I had no idea of the scale of the Ron Brown scholarship or the talented pool of applicants but RBSP showed me.

The rest of my experience was breathtaking. RBSP completely transformed my notion of what a scholarship program could be. It was deeper than money. It was about being amongst people who looked like me and dared to live and serve to their fullest potential. That’s revolutionary. I remember the 2012 Selection Weekend as vividly as I remember my first day of elementary school. The level of inspiration that I received from the Scholars, scholarship committee and the Program affiliates was enough to fuel me for a lifetime. That is the level of empowerment that I took with me to college.

My university experience was polished by RBSP. The Program aided me in so many firsts, both financially and in knowing that I was a part of a tight community of changemakers. In 2013, I had to go to Zambia alongside President George W. Bush and his Pink Ribbon/Red Ribbon Initiative because that was in the spirit of Ron Brown. I had to engage myself in summer research opportunities because Ron Brown emboldened me to do so. It was that spirit that I carried alongside me in accomplishing things that will forever be etched into my memory and the university’s history. RBSP gave me that.

After graduating from Southern Methodist University and subsequently relocating to China, I began to embody the RBSP creed, The Value of One, The Power of All. The strength, vision and leadership that I had gleaned from my peers would underscore the impact that I had on people in a brand-new country. And so, I became a teacher. As a teacher in China, I began coaching a younger generation of students who I believed could one day shape the world. It was imparted upon them, every day, that what they learned was shaping them to be global citizens that made society more harmonious, more compassionate and more humane. They were being taught by a Ron Brown Scholar.

Through several years of experiences and milestones, the spirit of RBSP was a mainstay. Today, years later and starting my company, The Kookie Box, the idea of dedicating a cookie flavor to the Ron Brown Scholar Program feels so right, so natural and necessary. The cookie dedicated to RBSP is the “Red Velvet Cookie”. Not only do I want to give back to the program that poured so much into me, but I feel that as many eyes as possible should be on RBSP. That by doing something as seemingly small as buying a cookie, people were contributing to the future of a program that continues to mold the next generation of world changers.